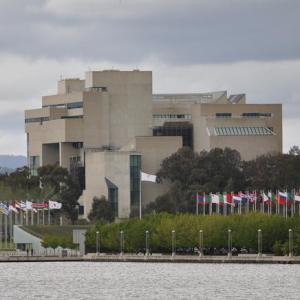 Attorney-General George Brandis has named a judge of the Victorian Court of Appeal to replace Susan Crennan as justice of the High Court of Australia.

Brandis said Justice Geoffrey Nettle’s name came up time and time again as an eminent candidate for the appointment.

“Justice Nettle is regarded, by bench and Bar alike, as one of Australia's finest jurists. His judgments are marked by analytical clarity and deep legal scholarship. He will be an outstanding addition to the High Court,” said Brandis.

Nettle studied at the Australian National University and Oxford University before starting at Mallesons Stephen Jaques (now King & Wood Mallesons), where he later became a partner.

He joined the Bar in the early 1980s and earned his silks after 10 years of developing a practice in commercial law, equity, taxation, constitutional law and administrative law.

Nettle was appointed to the Supreme Court of Victoria in 2002 and the Court of Appeal two years later.

Law Council of Australia president Michael Colbran QC congratulated the government on the appointment, saying “[Justice Nettle’s] service as a barrister, as Queen’s Counsel and as a Judge at the Supreme Court of Victoria both in the trial and appellate divisions has invariably been of the highest order and contributed greatly to the development of all areas of the law.”

Susan Crennan will leave the High Court in February, five months before her term was due to expire.

"[I'd like] to also congratulate and thank Justice Crennan for her many years of service to the Australian people in the federal judiciary as both a Federal Court judge, and since 2005 as a justice of the High Court of Australia," said Brandis.