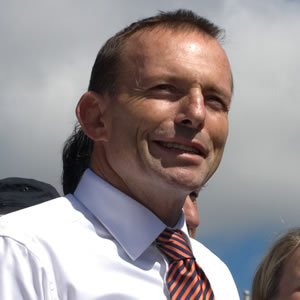 "Real care must be taken to maintain respect for the institutions charged with the responsibility of applying the law and deciding cases,"said Livesey, who noted that this worrying trend was not recent. "The previous government's criticism of the High Court over its immigration decision a few years ago is another example.

"This must stop. Politicians must guard against criticising decision-making simply because they don’t like the decision, and personal attacks on judges or commissioners is never appropriate."

Abbott’s comments were in relation to Trigg’s determination that convicted refugee John Basikbasik’s human rights had been violated under the International Covenant on Civil and Political Rights by being held in detention for almost seven years after completing his prison sentence.

Triggs recommended that Basikbasik be paid $350,000 in compensation.

“The Human Rights Commission does have an important role to play, but decisions like this do tend to shake people's confidence,” said Abbott.

The ABA said a court or commission does not “decide how odious or worthy a person is”.

“The proper role of any court, tribunal or commission is to apply the law objectively and impartially,” said Livesey.

Barns has linked the PM’s attack to the imminent release of children in immigration detention.

“I would be stunned if Dr Triggs’ report was anything other than, not just embarrassing, but shattering to a country which purports to uphold the rule of law, fairness and says it’s about subscribing to human rights protocols,” he told Lawyers Weekly.