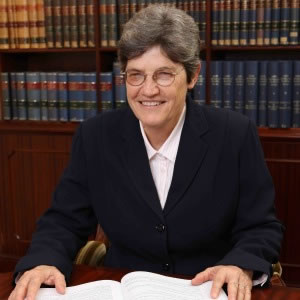 For the first time, South Australia will allow lawyers to appear in court from their private offices via ‘desktop audio visual link’ instead of in person.

Witnesses, judges and defendants often make use of AVL but, until now, lawyers always had to appear in person.

“We expect there may be concerns expressed about the use of desktop AVL. All technology can challenge a culture and sometimes can lead to initial inefficiency.

“The purpose of this pilot is to assess what concerns there may be and whether they can be surmounted to the satisfaction of all relevant court users and the Court,” she said.

In the future, the court expects the new AVL software to be used in cases where neither the lawyer nor the defendant can appear in person.

Law society president Rocco Perrotta told ABC news the new system would make it easier for lawyers to represent regional clients and would be a great cost saving for defendants.

Last Updated: 21 April 2015 Published: 21 April 2015
The Women in Law Awards is the benchmark for excellence, recognising the empowering women influencing the Australian legal profession, celebrating the female leaders, role models and future champions of the industry. Register for the waitlist today for the opportunity to attend this remarkable awards ceremony and network with top legal professionals and fellow peers.
Visit womeninlaw.com.au