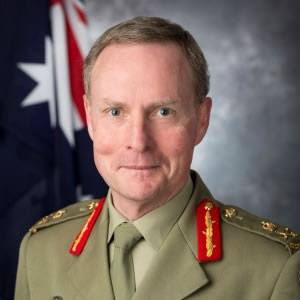 General Morrison, who served in the Australian Army for more than 35 years, held the role of Chief of Army until he stepped down on 15 May.

In June 2013 he earned community accolades for taking a “ruthless” stance against sexism in response to allegations of sexual misconduct in the armed forces.

“On all operations, female soldiers and officers have proven themselves worthy of the best traditions of the Australian Army … if that does not suit you, get out,” he said in a video message that has been viewed more than 1.5 million times on YouTube.

NSW Bar Association president Jane Needham SC confirmed General Morrison would be the only non-legal member of the silk selection committee, a position created in 2013.

“That role is intended to provide some external input into the process, as well as broadening the range of experience on the committee,” Ms Needham told Lawyers Weekly. “As the role of senior counsel involves leadership of the Bar, General Morrison’s experience of leadership in an important institution in our society was regarded as an appropriate background for the non-lawyer community member.”

General Morrison previously worked with the NSW Bar Association to launch the Best Practice Guidelines on bullying, harassment and discrimination.

There are currently 375 silks in the state, representing around 16.5 per cent of all barristers. Women make up just 9.83 per cent of senior counsel and 20.8 per cent of the state's Bar in total.

Applications for silk open in July, with consultations held in September and final appointments announced in late September or early October.