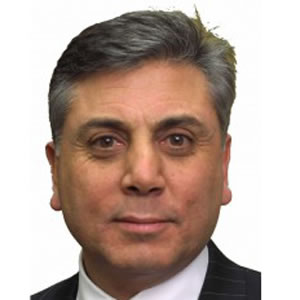 A website promoted as a ‘virtual barristers chambers’ has sparked a bitter dispute, with two bar associations suing the barrister who founded it.

The Australian Bar Association and New South Wales Bar Association have launched intellectual property suits against Sydney barrister Derek Minus (pictured), alleging he had infringed their trademarks with his websites, including AustBar and BarADR.

The matters are being heard before the Federal Court, the latest development in the conflict between Mr Minus and the bar associations.

Mr Minus launched his website austbar.com.au as a home page for the Australasian Barristers Chambers, a platform he created for barristers to promote their services interstate.

However, the Australian Bar Association claims the website can easily be mistaken for its own, austbar.asn.au, and violates its trademarks.

In the claim, the ABA asks the court to restrain Mr Minus from using the terms “Australasian Barrister Chambers”, “austbar”, “AustBar Chambers”, “AustBar ADR” and URLs or Twitter identifiers similar to these terms.

“We value the intellectual property in our name and want to preserve and protect it.”

In the defence filed with the court, Mr Minus denies the Australasian Barristers Chambers is “deceptively similar” to the ABA and argues the Bar Association, as an unincorporated body, cannot be the owner of a trademark.

The applications were first lodged in October 2014, but the case has faced a series of delays – including two judges recusing themselves because of associations with the parties.

Mr Minus believes his legal battle is particularly relevant in the current climate, with uniform practice rules to be introduced for NSW and Victoria on 1 July.

He said he hopes his websites will contribute to the creation of a national practice for barristers and mediators.

Webb Henderson and Worthy of the Name are representing the ABA and the NSW Bar. Mr Minus is representing himself.