NSW may stand alone in lifting gun restrictions in courts 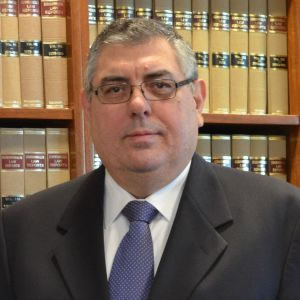 Western Australia and Queensland do not intend to follow NSW’s lead in upping security by permitting police to wear guns in court, but discussions are underway in Victoria.

But Queensland Chief Magistrate Judge Orazio Rinaudo (pictured) has said guns in courtrooms are not currently on the agenda.

“It is an issue entirely for the discretion of the presiding judicial officer, whether guns are allowed into the courtroom or not,” he told Lawyers Weekly.

“I’m comfortable with guns in the precinct but I’m very concerned about guns in the courtroom,’’ Judge Rinaudo told the Courier Mail. “That’s something we’re going to have to continue to debate.”

However, Judge Rinaudo said security is a pressing concern. In the past year, up to five magistrates have been threatened inside and outside the court in Queensland.

“More recently it’s outside of the courtroom, in the street and saying that they’re going to burn down their homes,’’ Judge Rinaudo said.

WA has taken an equally cautious position on guns in courtrooms, despite the WA Police Union pushing for the government to allow officers to take guns, batons, handcuffs and tasers into court.

WA Attorney-General Michael Mischin said there would be no changes to the legislation regarding armed police.

"Unless it is necessary for the security of a court in a particular case, it is undesirable and inconsistent with the traditions of our justice system that weapons be taken into courtrooms," he said.

Mr Mischin said a change in the protocol was a matter for the commissioner and the judicial heads of jurisdictions.

“I am confident that they will ask me for my assistance if they need it," he added.

A Victorian Department of Justice & Regulation spokesperson told Lawyers Weekly the issue of guns in courts is currently being discussed.

The Police Association raised the problem with Chief Justice Marilyn Warren in May, the spokesperson said.

There was some concern that police could not enter courts wearing their full operational equipment, including firearms, unless it were approved by the presiding judicial officer.

“Whilst this issue is not widespread, it is sufficiently prevalent in some regions to have caused considerable concern to police,” the spokesperson said.

Discussions are now taking place between Victoria Police, the Police Association and Court Services Victoria to develop an approach which both “respects the right of judicial officers to control their courts but also enables Victoria Police members to comply with operational directives”.

The new rules in NSW have come under attack by the NSW Bar Association, which argued that changes to security measures would cause confusion and compromise safety.

The new protocol is also causing divisions amongst NSW judges. Broken Hill District Court Judge Dina Yehia took advantage of a special clause in the new protocol and told officers wishing to carry weapons that they would have to appear via audio-visual link from another room in the building.

A spokesperson for the Police Association said this was not in the spirit of the new rules but the Barrier Local Area acting commander Matt Scott did not take issue with the arrangement.

“It's not a matter of whether I agree or disagree, Her Honour can run her court as Her Honour sees fit,” he told ABC News.

NSW may stand alone in lifting gun restrictions in courts