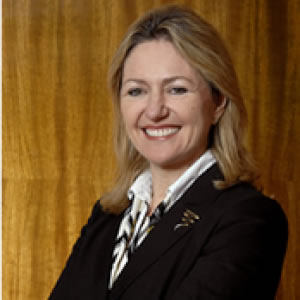 In her letter, Ms Cunneen warned against the “increasingly partisan manner in which the NSW Bar Association has been involving itself in politics and the daily media cycle”.

“I do not believe it is in the interests of the profession for our peak body to maintain an overtly ideological and partial stance,” she wrote.

“Also, it is impossible for the Bar Association to do this while remaining representative of all its members.”

According to Ms Cunneen, the role of the bar association is to be a “sensible and constructive participant in law reform”.

“It has never been, and should not be, a soap box for senior members of Bar Council,” she said.

She pointed to a number of examples of what she described as “highly partisan forays into the public arena”, including a press release in October last year accusing then-Prime Minister Tony Abbott of inciting racial hatred.

In addition, she pointed to the association’s public statement criticising Mr Abbott in the wake of his negative comments on the Carmichael mine case decision.

By contrast, she claimed, the association was slow to criticise leader of the opposition Bill Shorten for attacks directed at Trade Unions Royal Commissioner Dyson Heydon.

“When something was finally done to express support for our colleague, the gesture had become meaningless,” she said.

“I agree it is important for the NSW Bar Association to help female barristers – just as it should help all barristers,” she said. “However, I do not believe the situation is improved by unfair portrayals of the NSW Bar as a milieu that is both sexist and apparently, also, 'ignorant' and 'offensive' in its sexism.”

“Without being too prescriptive, I suggest a media protocol should be introduced, and amendments made to the constitution of the Bar Association,” she said.

“The purpose of this would be to ensure that neither the Presidency of the Bar Association – nor any other position in the organisation – can be used as a platform for the unilateral expression of ideological and personal views, as distinct from policies that have been adopted by the entire Bar Council in properly convened meetings of Bar Council.”

When contacted by Lawyers Weekly, the NSW Bar Association was unwilling to comment on this letter.

Ms Cunneen was recently embroiled in a controversy with ICAC, which ultimately concluded with the High Court blocking the body’s investigation of allegations against her.