High-profile judge Justice Shane Marshall is retiring from the courts today after 20 years.

Speaking with Lawyers Weekly, Justice Marshall said: “Last July I cropped up 20 years and on Tuesday this week I became pensionable, so it was very enticing to go soon after.”

Justice Marshall has recently been praised for being the first judge to speak publicly about his struggle with mental illness, and he’s admitted that it did have some influence on his decision to retire.

“It can be a very stressful, demanding occupation and I’ve had well-publicised battles with depression in recent years. It’s under control, but still it’s not a good thing to be continually engaged in a very stressful occupation if you do have that condition,” he said.

“It was tempting to go on a little bit longer, but I think after 20 years you know when it’s time to move on. Probably if I didn’t have the issues with depression it may have been an easier thing to go on, but I think it’s probably best for my own health that I’m able to draw a line now and look to the future.”

When asked what some of the highlights of his career were, Justice Marshall mentioned environmental cases he worked on in Tasmania and industrial relations cases in Victoria.

“In more recent times the highlight was the Ngadju native title case, which was the first time in a contested hearing that native title was recognised to exist in the goldfields region of Western Australia,” Justice Marshall said.

“There’s also been amusing moments like the St Kilda schoolgirl football case where I granted an injunction to stop publication of nude footballers, but one of the news stations got out and published the story prior to me getting the injunction on.”

This year Justice Marshall has acted as a judge for the Australian Law Awards, held in September, and the Women in Law Awards, which is being presented at the Grand Hyatt in Melbourne on 27 November.

When asked what his plans were next, Justice Marshall said: “I think I’m young enough to do something else which might involve some further contribution to the public good, rather than just going off and retiring and doing nothing.”

He continued: “Monash University is interested in me being in residence for one semester next year as a resource for students – giving the odd lecture, the odd staff seminar and engaging in moot courts and being part of the general life of the faculty for a semester.”

Apart from that, Justice Marshall said he is keeping his options open for now.

Looking back, Justice Marshall said: “I hope that on several occasions at least I was able to add to the development of the law and, more importantly, now and then make a real difference in the lives of ordinary people.”

His resignation from the Court will take effect on 21 November. 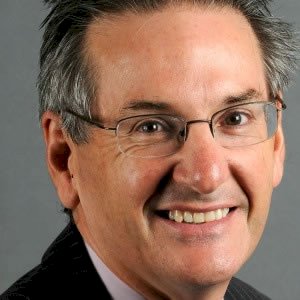