Judges using powers to ‘shut down delaying tactics’ in litigation 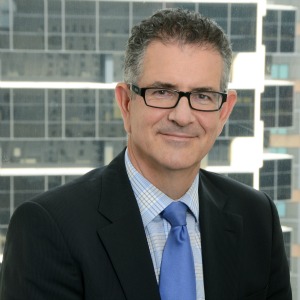 Courts are being more proactive in pushing for a quick and cheap resolution of litigation, a partner at Johnson Winter & Slattery has said.

Speaking with Lawyers Weekly, dispute resolution partner Robert Johnston said new rules introduced into the commercial division of the Supreme Court have given judges greater ability to speed up proceedings.

Courts have an increased capacity to “control litigation” and prevent parties from drawing out cases.

“Judges are using the powers for the overriding purpose to produce a quick and cheap resolution of litigation. They are using that power more broadly to shut down delaying tactics, to shorten cases, to rule on evidence," he said.

“We've seen judges be more proactive in fashioning orders that get cases on quickly rather than judges sitting back and letting the parties complicate matters.”

Under the new Supreme Court rules, discovery does not go ahead until the evidence is in, which “fundamentally changes that practice”, said Mr Johnston.

“And in the Federal Court you've got to demonstrate the necessity of discovery otherwise you won't get it, whereas it used to just be par for the course,” he said.

The push for quicker and cheaper litigation is one of many emerging trends in dispute resolution, Mr Johnston added.

There are now “fewer but bigger” cases in the commercial litigation sphere because the cost of running cases is “just prohibitive”, he said.

“There tends to be greater specialisation because the big cases are specialist cases,” he added.

Mr Johnston said litigation funding had boomed over the past year, with new players entering the market.

Whereas the market used to be dominated by IMF Bentham, which handles large, expensive matters, now there are a number of funders prepared to fund at the lower end, below the $5 million mark.

“We are seeing a revival of some the smaller cases, which could not be afforded to be brought before,” continued Mr Johnston.

Litigators are also still seeing the flow-on effects of the introduction of proportionate liability, which was introduced in response to the liability insurance crisis in 2001.

While parties used to be able to sue one defendant and recover all their loses, leaving the defendant to pursue others for contribution, under proportionate liability, parties can only recover the amount that the defendant was responsible for and must sue the other possible defendants.

“I think that is still playing itself out, although that legislation was introduced a number of years ago,” concluded Mr Johnston.

Judges using powers to ‘shut down delaying tactics’ in litigation