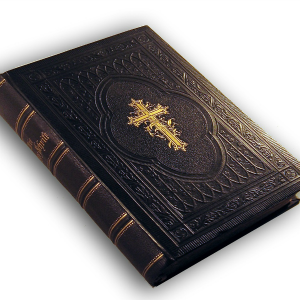 In its final report to the state Attorney-General, released yesterday, the institute recommended that oaths be non-religious in nature.

"While we realise the recommendation to abolish a religious oath may be controversial, the recognition and respect that should be afforded to people of faith is not diminished by this proposed reform,” said co-author Professor John Williams, dean of the University of Adelaide Law School.

“We believe that personal faith is not challenged by a simple and solemn public promise to tell the truth in the court,” he said.

"The reality today is that many witnesses in court are either not religious, or they are not affiliated with a Christian religion, and therefore a religious-based oath has little or no meaning for them. Religious affiliation itself also does not necessarily represent a commitment to tell the truth in court."

Professor Williams added: “The penalties for lying to the court should be clearly stated as legal penalties, not penalties associated with a particular deity.

“Although a secular affirmation has been available as an alternative, some witnesses are confused by the choice or have difficulty in understanding the language."

The recommendation is one of 11 changes to the oaths and affirmations procedures proposed in the report, which was also co-authored by retired South Australian Supreme Court Justice and Adjunct Professor David Bleby QC.

The institute also recommended that witness promises to tell the truth be in single, question form. Currently there are multiple ways to promise to tell the truth, which all rely on phrases recited by the witness.

Witness promises should also be in plain English, with clear warnings about the penalties for not telling the truth, according to the institute.

"There are some key opportunities here for legal reform, especially the need to adopt a single form of witness promise that is clearly understood by and is relevant to all witnesses," said Professor Williams.

The report took into consideration submissions from multicultural groups, judicial officers, religious leaders, lawyers and members of the community, according to the Law Reform Institute.