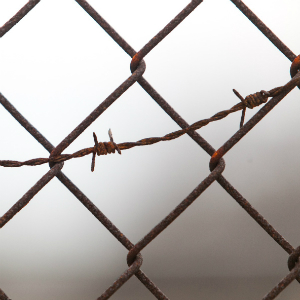 Some mandatory sentencing laws should either be amended or ditched completely, the Australian Bar Association (ABA) has urged.

At a meeting with Federal Attorney-General George Brandis this week, Mr O’Sullivan urged a national commitment to action to deliver better justice outcomes for all.

“Australia’s Indigenous incarceration rate is one of the most challenging human rights issues facing the country today […] and is a matter of deep concern to the Australian Bar Association,” Mr O’Sullivan said.

“Even a 10 per cent reduction in the Indigenous imprisonment rate would save more than $10 million a year,” Mr Sullivan said.

“There are on average 30,000 prisoners in Australia at any one time, a quarter of them Indigenous, costing the country $3 billion a year."

The first of the ABA’s recommendations is to amend or remove mandatory sentencing laws which apply to offences such as minor assault, driving offences and minor theft. According to the ABA, such offences have the biggest impact on Indigenous people but deliver minimum effects.

The ABA has also called for review of default imprisonment as a mechanism to enforce fines and serious investment in rehabilitation projects.

The proportion of Indigenous prisoners has almost doubled since the Royal Commission into Aboriginal Deaths in Custody (RCADIC).

Incarceration rates for Indigenous prisoners are at least 16 times higher than the rate of other Australian prisoners.

“It is a shocking fact that an Indigenous young person who has served a prison sentence is more likely to return to prison than finish school. And on any given night in Australia, over half of all young people in detention are Indigenous,” Mr O’Sullivan said.

Mr Sullivan plans to meet with other state attorneys-general throughout the year to continue lobbying on the issue of Indigenous incarceration.