The Law Society of South Australia has called on the government to provide funding for the South Australian court precinct to undergo an infrastructure upgrade.

The Law Society of South Australia has made a state budget submission to the State Treasurer and Attorney-General calling for the 2016-17 budget to provide, among other things, funding for the redevelopment of the court precinct.

David Caruso (pictured), president of the Law Society of South Australia, said that while the Electronic Court Management System tender is progressing on track, the courts also require a ‘bricks and mortar’ improvement.

“It is a call that has been made many times, I know – some are getting hoarse,” Mr Caruso said in the Law Society’s April Bulletin.

“But incremental needs-based upgrades are achievable and fundable.”

Recent court upgrades have occurred in every state except South Australia, according to Mr Caruso, who believes there is sense in legislative reform that facilitates a rationalised approach to court building upgrades.

Budgetary constraints have also placed pressure on services within the justice system, which are more prominent outside the metropolitan area, according to Mr Caruso.

Concerns include the plan to dispense with court reporters in regional courts and the cessation of duty solicitors travelling to the APY Lands.

Mr Caruso said: “The diminution of services to regional areas is of significant concern to the society, as those in remote locations are often among the most vulnerable in society and those most in need of the assistance our profession provides to ensure financial and personal liberty." 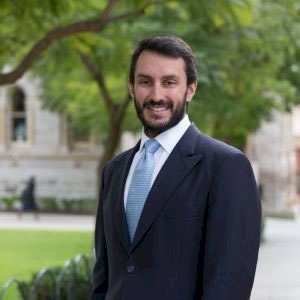