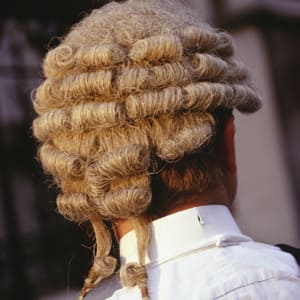 Five barristers have been ushered out of court on the opening day of a trial for donning their wigs in the Victorian Supreme Court.

Judge Kevin Bell refused to hear from the wigged advocates, describing their choice of attire in the common law division as being in "open defiance" to a resolution issued by the chief justice, The Australian reported.

"The Chief ­Justice has directed that judges of this court are not to wig unless the circumstances are except­ional.

"You are not showing, and neither are your colleagues showing, the respect that I ­expect of the Chief Justice from you and I want to record my ­profound disappointment that one, two, three, four, five members of this bar table have wigs on, though I applaud the strength of character of your ­junior who does not," Justice Bell said.

Earlier this year Chief Justice Marilyn Warren issued an edict to dispense with the 17th Century convention pursuant to s9A of the Supreme Court Act 1986. The edict resolved that judges of the state’s highest court would not wear their wigs but for 'exceptional circumstances’.

The edict, made in consultation with the Council of Judges of the Supreme Court of Victoria, said that in exceptional circumstances, a presiding officer, who for example was in an exceptional criminal jury trial, may obtain the Chief Justice’s permission to wear their horse-hair wig.

Although the 1 May change for court attire as it applies to judges was widely reported, the extent to which it applied to advocates was less clear.

On the day that evidence in the matter of Van ­Thoang Tran v Venture Solutions Australia was set to be heard before a jury, Justice Bell asked the counsel to remove their wigs.

Barrister James Mighell QC told the court that no disrespect had been intended. Members at the bar table then offered to remove their wigs.

"Whether you intend that disrespect or not, and I accept the fact that you do not intend it and that you are wearing wigs by ­reason of principle, but I experience disrespect.

"But the more important question is how this treats the Chief Justice, not only of this court, but this state […].

"She is the constitutional chief of the judicial system of Victoria and has directed that judges not wear wigs, and you five stand there wearing wigs – it’s untenable," Justice Bell said.

Counsel were then invited to remove their wigs. "They will need to be put away as well; I don’t want them to be seen by the jury at all."

The court has since issued a notice to the profession clarifying that the requirement to dispense with wig-wearing in the common law division extends to advocates.

With origins in English aristocracy, horse-hair wigs have been a feature of the state’s courts since the 1860s. At the time the Chief Justice issued her edict, she described the wig as a symbol of the past with no place in the modern courtroom and of no assistance to the administration of justice.