Judges to draw on new guide for family and domestic violence 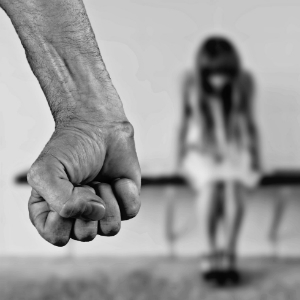 The National Domestic and Family Violence Bench Book aims to guide the profession on best practice in dealing with family and domestic violence matters.

The project coordinator for the development of the bench book, Professor Heather Douglas, said she hoped the resource would improve consistency in the handling of domestic and family violence cases throughout Australia’s criminal and civil jurisdictions.

According to Professor Douglas, getting the courts to adopt a common national approach to dealing with such matters has been a challenge due to varied legislative definitions of family violence throughout Australia.

“We recognise that there are different definitions. So everything that we say in the bench book can only be applied if it conforms with the law in the particular state,” Professor Douglas said.

“Working with magistrates, we’ve tried to provide a list of suggestions for things that need to be considered in relation to breaches or contraventions of protection or domestic violence orders […] There is a consistent jurisprudence around those kinds of ideas, so it is just [a matter of] reminding magistrates to think about those things,” she said.

Professor Douglas, from the University of Queenland’s TC Beirne School of Law, has led the development of the first component of the online bench book.

The bench book was designed to assist the court with decision-making and the writing of judgments, bringing together common features of state and territory laws as they relate to domestic and family violence. Its online portal includes a range of resources for decision-makers to draw on, including risk assessment tools and a nation-wide case database.

“The bench book points to a range of risk factors that are consistently recognised as factors which increase the risk of serious harm or homicide to a victim – things like a history of strangulation or stalking, or issues around step-children living in the family, tend to be risk factors.

“We’ve introduced many of those into the bench book for magistrates to go through,” Professor Douglas said.

“We have also tried to identify all those cases that relate to family and domestic violence in each state and territory. That gives some really good ideas to judges who are thinking about sentencing and the language that’s used in judgments and how they might describe family violence in their judgments,” she said.

The legal academic is currently overseeing the development of the second part of the bench book, expected to be launched in mid-2017.

“The resource is really aimed at providing a central source of information primarily for magistrates, but more broadly judges and other judicial officers dealing with cases involving domestic and family violence,” she said.

The project is an ongoing collaboration between the TC Beirne School of Law and the Australasian Institute of Judicial Administration.

Judges to draw on new guide for family and domestic violence