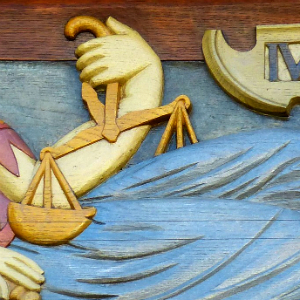 Four new judicial appointments to the District Court and local court in South Australia have been announced by the state Attorney-General.

Mr Rau thanked Mr Evans for his service as a Crown Advocate and congratulated him on his new appointment.

“I have valued and respected Mr Evans’ wisdom and insights and, while sad to see him go, wish him every success in the demanding position of Chief Judge of the District Court,” Mr Rau said.

In 2008 Mr Evans took silk as a Queen's Counsel, 27 years after he was first admitted to practice.

He was the first person in South Australia to serve as a Crown Advocate and later took on the role of state Crown Solicitor in 2014.

The other three appointments are Jane Schammer to the District Court, Anna Jackson as a magistrate of the Local Court and new SA Crown Advocate Chris Bleby SC.

“All of the people whose appointments are announced today are candidates of the highest calibre,” Mr Rau said.

Jane Schammer will depart the local court to serve as a District Court judge from 12 December, stepping into the role of the late Judge Rosemary Davey. Judge Davey sadly passed away in October following a long battle with cancer.

Ms Jackson will replace the vacancy left by Ms Schammer in the Magistrates Court.

Mr Bleby was appointed Crown Advocate in place of Martin Hinton QC, who was appointed as a judge of the Supreme Court of South Australia earlier this year.