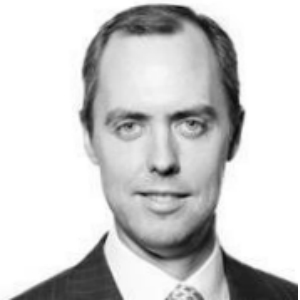 Australia’s next Solicitor-General has been named, in a government announcement made earlier this week.

Dr Stephen Donaghue QC will be Australia’s 12th Solicitor-General, following a period in which Tom Howe QC has acted in the role. Dr Donaghue will be appointed to the position next January for a tenure of five years.

“His excellency the Governor-General has accepted the advice of the government to appoint Dr Stephen Donaghue QC as Solicitor-General of the Commonwealth of Australia,” the statement read.

The Law Council of Australia (LCA) endorsed Dr Donaghue's appointment, describing him as suitably placed to offer “frank, fearless and independent advice” for the proper operation of the federal government.

“The law council has every confidence in the ability of Dr Donaghue to provide the impartial advice that the position demands,” LCA president Stuart Clark AM said.

An eminent constitutional lawyer, Dr Donaghue has appeared in the High Court in a range of public and constitutional cases over the course of his career. The Queen's Counsel joined the Victorian Bar in 2001 and took silk in 2011.

Dr Donaghue has a PhD from Oxford University, as well as first-class honours in law and arts from the University of Melbourne.

According to a statement made by the Victorian Bar, after completing his undergraduate studies in 1995, Dr Donaghue completed his articles with Minter Simpson in London. The next year he was admitted to practice as a solicitor in Victoria, and continued his work with the London firm as a solicitor until 1997.

Prior to joining the bar, Dr Donaghue served as an associate to High Court judge Kenneth Hayne AC QC for a year.

Dr Donaghue has served on a number of committees for the Victorian Bar, including its human rights and continuing professional development committees. He also holds an academic position as a senior fellow with the law school at the University of Melbourne.

“Dr Donaghue has been of great service to the Australian legal profession, the Victorian Bar and to the advancement of legal education.

“He is an outstanding choice to fill the role of the second law officer of Australia,” Mr Clark said.

The news of Dr Donaghue’s selection came in the wake of the spectacular resignation of his predecessor, Justin Gleeson SC, two months ago.

In his letter notifying the Attorney-General of his resignation, Mr Gleeson cited an “irretrievably broken” relationship between the first and second law officers. He also indicated that his resignation was the only tenable “resolution to the impasse” he found himself facing.

The tension between the Senator Brandis and Mr Glesson reached its height in a Senate legal and constitutional affairs committee in October. Senator Brandis and Mr Gleeson disagreed on a range of matters before the hearing, from whether the Solicitor-General was consulted about a direction affecting his role, to whether the Attorney-General had misled Parliament about having obtained the Solicitor-General’s advice concerning key legislation.