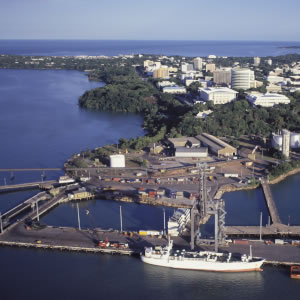 A statement directed at the media by Northern Territory Chief Justice Michael Grant QC has been backed by the local law society.

According to NT Law Society president Tass Liveris, imprisonment is not an effective blanket-measure to reducing crime. Besides being costly, imprisonment in fact worsens rates of crime, he said.

The barrister added that government dollars should be redirected to legal services to prevent those charged with serious offences from going unrepresented and receiving “less just outcomes”.

“Rather than reduce crime, the evidence shows that it leads to increased offending,” Mr Liveris said.

“Rather than spending money on putting people in jail, governments need to invest in secure and sustainable strategies to address domestic and family violence, housing, employment, education and alcohol, all of which routinely feature as issues in crimes committed by the prison population,” he said.

Earlier this week, NT Chief Justice Michael Grant was moved to respond to claims made in the media that prison sentences for repeat young offenders in the NT had dropped. The reported suggestion was that this drop had been bought about by greater attention from the royal commission into youth incarceration.

“Orthodox sentencing principles” allow that “youthfulness of an offender is a valid ground for extending leniency and adopting a therapeutic approach to sentencing”, the Chief Justice wrote.

“Experience shows that for young offenders more punitive measures are likely to lead to further offending rather than to act as a deterrent.”

The Chief Justice also said that recent sentencing figures show a more consistent rate of imprisonment over the last decade.

Defending the position expressed by the Chief Justice this week, Mr Liveris added that in light of recent media reporting, it was appropriate that the judge speak out.

“Given the prominence that youth sentencing has had in recent public discussion, the statement by the Chief Justice accords with well-established principles and may assist to enhance public confidence in the judiciary,” Mr Liveris said.

“In some circumstances, carefully measured public comment by courts may be desirable and important to assist the public’s understanding of the administration of justice,” he said.

The Law Society stopped short of making its own comments concerning the media speculation linking the Royal Commission into the Protection and Detention of Children in the Northern Territory and more lenient sentencing by the courts.

However, it did highlight the right to an appeal as an avenue to address any perception of harshness or leniency from the bench in sentencing.

“The system does not allow judicial discretion to impose sentences that fall outside the prescribed framework or sentences,” Mr Liveris said.

“It is important to remember that if in any case a party thinks that errors may have been made then parties have rights to appeal decisions.

“If a sentence might be considered far too lenient by the prosecution or far too heavy by the defence and contrary to law, then on an appeal it is the role of a superior court to review the sentence.”

Mr Liveris also pointed to the complexity of sentencing to stress that those who have not sat through an entire hearing cannot be expected to understand the full range of matters a judge has had to consider before arriving at their sentencing decision.