Spent convictions – when does the past stop catching up with you?

16 May 2017 •By Julia Kretzenbacher, Paige Darby and Sheradyn Simmonds 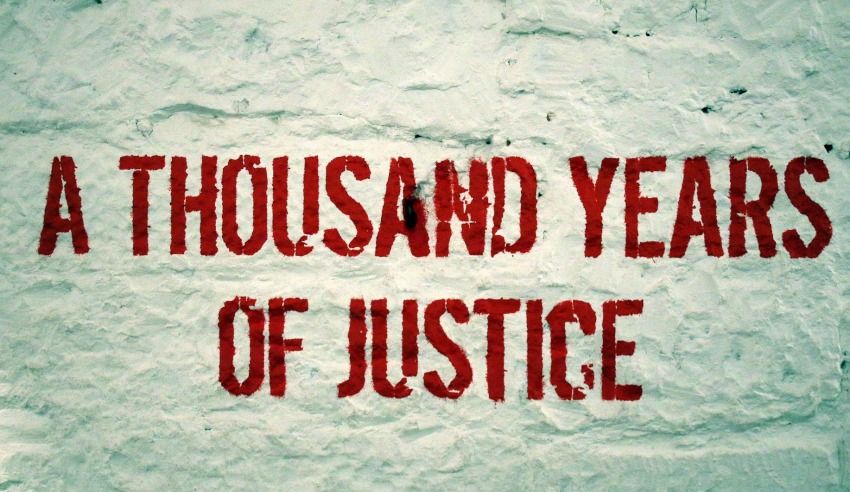 Introducing a legislated spent convictions scheme is a simple and straightforward reform that goes to the heart of Australia’s criminal justice system, write Julia Kretzenbacher, Paige Darby and Sheradyn Simmonds.

Growing up is hard to do. This is a fact that most of us have experienced. And part of growing up is often making stupid mistakes, getting in trouble, testing boundaries but also learning from those mistakes. It is a well-known principle of criminal justice that children and young adults are more likely to take risks, be influenced by their peers and get into trouble. Young people, especially those who are not drawn into the criminal justice system, are also more likely to grow out of this behaviour and go on to become law-abiding citizens who positively contribute to society.

We can all recall stories when we were younger and flirted with the boundaries of the criminal law. Climbing over the fence of a public swimming pool after hours and taking a dip; stealing some chocolate or lollies from a milk bar; loudly arguing with your mates and waving your hands to emphasise each point after a few drinks at the pub. Most of us have been lucky and have either not been caught or been let off with a warning. Where punishment is warranted, it is meted out and served. Usually, those youthful indiscretions are soon forgotten. But for those Victorians who do come before the justice system, the hangover can last a lifetime.

Victoria is the only place in Australia where there are no laws governing how old convictions can be removed from a person’s criminal record. In every other jurisdiction, a conviction is removed from a criminal record, or ‘spent’, if the offence committed is minor and the person does not reoffend for a certain period of time, usually a number of years. These schemes limit the ongoing stigma of a conviction after punishment has been delivered and an appropriate period of time has passed.

They enable the rehabilitative and deterrent purposes of punishment to have a real and practical outcome: offenders are encouraged to rehabilitate themselves in the pursuit of a clean record. Convictions that can be spent will usually be for less serious offences and where the punishment was relatively minor (for example, a good behaviour bond or a fine). Sex offences and other serious offences that are excluded from spent convictions schemes and background checks for certain occupations, such as nurses, will still require the disclosure of serious convictions.

Unlike every other jurisdiction with spent convictions laws, in Victoria it is the police who ultimately get to decide whether past convictions remain. The Victoria Police policy does not operate under any legislative framework. As the policy stands, Victoria Police will disclose any finding of guilt, even where a conviction was not recorded. They will also release information on pending charges where a person has not yet been found guilty. And they have the discretion to disclose any finding of guilt, no matter how long ago it was.

The numbers show that this is becoming an increasingly important issue for everyday Victorians. In 2015-16, Victoria Police conducted 691,029 criminal history checks, compared with just 3,459 in 1992-93.

The absence of a spent convictions scheme in Victoria can have very real consequences. In September 2016, McDonald’s announced that it would introduce mandatory criminal checks across its stores in Australia. Say you are a 20-year-old living in the Albury-Wodonga region, and you were found guilty of stealing chocolate at the age of 16. You haven’t been in trouble since that time. But what shows up on your criminal record check will now depend on whether you stole the chocolate in Albury or in Wodonga. If you had stolen the chocolate in Albury, then in accordance with the NSW spent convictions scheme, your prior conviction for theft would not appear on your criminal record check. But if you had stolen the chocolate in Wodonga, then the theft of the chocolate would be disclosed, and likely impact your chances of getting the job.

Victoria prides itself on being a leader in social justice issues, but we are clearly lagging behind in this area. The first scheme in Australia was introduced in Queensland in 1986. A nationally consistent framework of spent convictions has been on the Council of Australian Governments (COAG) agenda since about 2004.  Organisations such as the Law Institute of Victoria, the Australian Human Rights Commission, the Human Rights Law Centre, the Law Association of Australia, various community legal centres, Monash University and the Privacy Commissioner have all supported spent conviction schemes. In 2014, the Labor Party made an investigation into the merits of a spent conviction scheme on one of its election commitments. Despite this promise, and a push by lawyers in 2015, nothing has changed.

The idea behind a spent convictions scheme really is one of a ‘fair go’. If you have committed a minor offence, repaid your debt to society and stayed out of a trouble for a number of years, you should be able to clear the slate and start anew. A spent convictions scheme should be implemented in Victoria. It would put Victorians on an even playing field with the rest of Australians. It would encourage rehabilitation. And most importantly, it would recognise that we all make stupid mistakes, but have the capacity to change and deserve a second chance.

As part of Law Week 2017, on 17 May at 5.30pm, they are launching a report into a legislated spent convictions scheme for Victoria. It will include a panel discussion featuring Dr Bronwyn Naylor (RMIT University), Sue Pennicuik (Victorian Greens MLC) and Karen Chibert (Youthlaw). The event is free, but reservations are essential.

Spent convictions – when does the past stop catching up with you?