Retired Victorian Supreme Court judge Professor Howard Nathan QC was just one of the many lawyers, legal academics and members of the judiciary recognised on the 2018 Australia Day Honours List last week.

“It’s a bonza beaut,” he said of the honour in an interview with the Bendigo Advertiser.

The judge was appointed a Member (AM) of the General Division of the Order of Australia for his service to the law and to a range of cultural, arts and educational institutions, including roles at the Australia Council for the Arts and Film Victoria.

Justice Victoria Bennett of the Family Court of Australia was named an Officer (AO) of the Order for her “distinguished service to the judiciary and the law, to the improvement of the family law system and child protection, to legal education and to improving access to justice for Indigenous families”.

The Family Court congratulated Justice Bennett on the honour, noting her long career and international work in family law. This includes an ongoing role at the International Hague Network of Judges, which she has held for the last 10 years.

Another member of the judiciary to be honoured on Australia Day was Chief Justice Alan Blow of the Supreme Court of Tasmania. He was named an Officer for his services to the judiciary and the law, legal education, professional standards and the community. Chief Justice Blow has served in the role since 2013, the same year he became Lieutenant Governor of Tasmania.

Renowned human rights barrister Geoffrey Robertson QC, who has spent most of his career in the UK, was also appointed an Officer. The Order commended him on his service to the law as an international human rights lawyer and advocate for global civil liberties, and to legal education as an academic and publisher. He is also known as the host of the TV program Geoffrey Robertson’s Hypotheticals, which explores social issues.

Holding Redlich national managing partner Ian Robertson (pictured below) was another member of the legal profession to be recognised this year. Mr Robertson was named an Officer of the Order for his service to the law and the arts, particularly the Australian film industry and screen production sector.

His practice in corporate, media and regulatory law led to his involvement in a number of large M&A transactions in the media sector, according to a statement from Holding Redlich. Mr Robertson has also advised the federal government on policies affecting the screen production sector and has held numerous board positions with agencies including Film Australia, Screen Australia, the Australian Broadcasting Authority and Film Victoria.

“I have been very fortunate to have had the opportunity to assist the Australian screen production industry to achieve local and international success while also performing a leadership role in a successful national commercial law firm,” Mr Robertson said.

The other legal professionals appointed Members of the Order of Australia included barrister Garth Blake SC, who led the Anglican Church’s national working group on the Royal Commission into Institutional Responses to Child Sexual Abuse; College of Law CEO Neville Carter, who has had a long career in legal practice and education; and Gordon Legal director Peter Gordon, who worked at Slater & Gordon for 30 years and ran the first successful asbestos-related cancer claim in Australia. 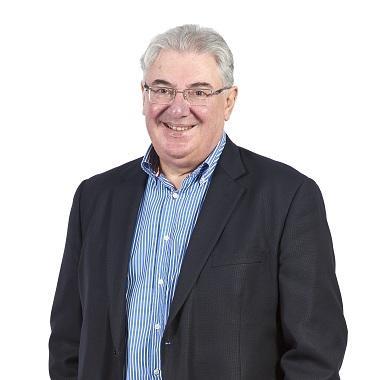