The challenge for lawyers wading into political discourse 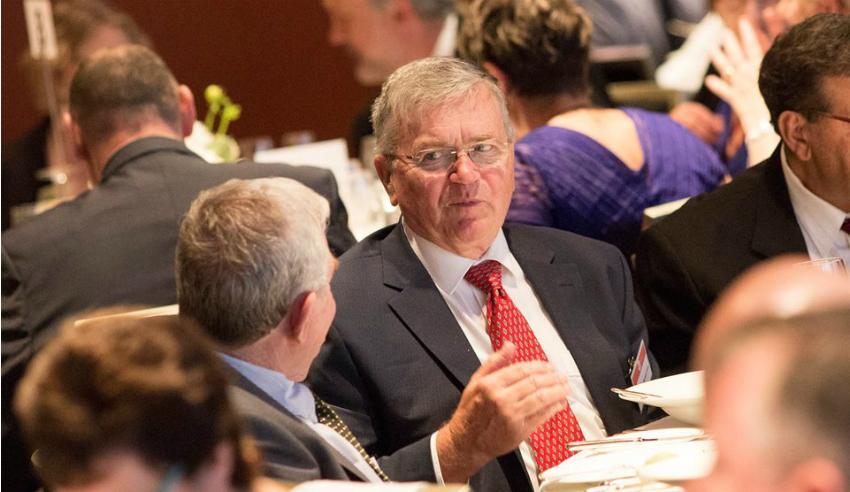 For law societies and individual members of the legal profession, knowing when to contribute to public debate is ‘not an easy line to draw’, Chief Justice of NSW Tom Bathurst has said.

Lawyer-statesmen may have enjoyed prominence at the time of Federation but times have changed; perhaps also changing the nature of the legal profession’s duty to the common good.

Commenting on the role of the modern lawyer in public affairs, Chief Justice of New South Wales Tom Bathurst AC (pictured) acknowledged that it was becoming increasingly difficult to discern what was in the public interest and what the appropriate modes were for lawyers to contribute to important policy issues.

“Lawyers cannot and should not ignore matters which impact on the rule of law and matters affecting the ability of all persons in this country to get fair and impartial justice.

“For them not to do so would, in my view, be an abdication of responsibility,” the Chief Justice said.

“The same may be said equally for professional associations of lawyers.”

The judge made his remarks in his keynote address for the 2018 Law Term Dinner at NSW Parliament House last week, addressing the ways that both representative bodies such as law societies engage with public policy, as well as the role of individual members of the profession who are engaged citizens.

He said that the value lawyers could add to informed public debate was fundamental to democracy but also cautioned professional associations to stay focused in their advocacy.

“Professional associations should, generally speaking, confine their comments to matters of policy as distinct from matters of partisan politics,” CJ Bathurst said.

“I recognise that the line is not easy to draw.”

The theme of the keynote address was inspired by heated discussion within the legal profession, following the position adopted by a number of law societies about marriage equality. Australia's same-sex marriage postal survey made LGBTI issues particularly topical in 2017, and many law firms and businesses stepped up to show their support and showcase the benefits of diversity.

“It made me wonder whether I am correct in encouraging lawyers in my admission speech to ‘correct ignorance in public debate’,” CJ Bathurst said.

The judge went on to explain that the privilege of legal knowledge meant the contributions lawyers made to public debate were enhanced with “symbolic capital”.

Lawyers also can assist public conversations by explaining the status quo, and played a useful role in informing people about the existing state of the law, CJ Bathurst said. He added this role was critical during the ‘fake news’ era.

“Lawyers have the capacity to either confer legitimacy on, or withdraw legitimacy from, the acts of governments.

“They have a greater responsibility in speaking out against injustice, yet equally, they must be careful not to destroy the credibility or authority of governing institutions when it is unwarranted.”

The Chief Justice also recognised an inherent tension -- that being the need to balance a duty as an officer of the court against being an independent check on government and custodian of rights and liberties -- which he said sat at the heart of the lawyer’s public role.

This dual function demanded that members of the profession take their public role seriously, he added.

“The lawyer in social and political debates has a role both conservative and progressive.”

“As Richard Abel observes […] law is simultaneously rule and politics, ideal and reality, neutral and partisan, above the fray and in the midst of it.”

Using the example of other professional representative bodies in the US, Germany, the UK, South Africa and Egypt, CJ Bathurst illustrated a multitude of historical approaches to engaging with political issues.

Noting the general policy adopted by the Law Society of England and Wales with respect to political participation, CJ Bathurst said that the society chose not to take a position on Brexit given its many members “held a multiplicity of views on the issue”. The body did however advocate on related issues that it thought were relevant to the interests of its members.

“Rather than ‘take a full-throated position on an intensely political and controversial issue for the United Kingdom’, the Society claimed to support its members on a series of more narrow issues,” CJ Bathurst said.

“So for instance, the Society supported retention of membership of the single market since leaving the single market would deprive UK lawyers of the ability to practice in the EU. As regards immigration, the Society claimed not to dictate policy but rather to focus on professional interests, supporting policies which allowed skilled migration so that lawyers could come and work in UK law firms.”

He suggested that the rise in commercialism in recent decades may have led some to lament the apparent loss of the profession’s soul. However, the emergence of the phenomenon of “cause lawyering”, a phrase coined in America, where some practitioners choose to work as “moral activists” instead of “adversarial advocates” (among others), is paving the way for a different kind of lawyer.

“Both modes of contribution have their place, so long as the lawyer does not distort or misrepresent the legal situation; nor can it hurt to take a leaf from their legal education and avoid reductionist or absolutist language,” CJ Bathurst said.

“Essentially, lawyers in the ‘personal’ sphere should be guided by their own preference for political participation, but always mindful of the profession that they carry with them.”

The challenge for lawyers wading into political discourse