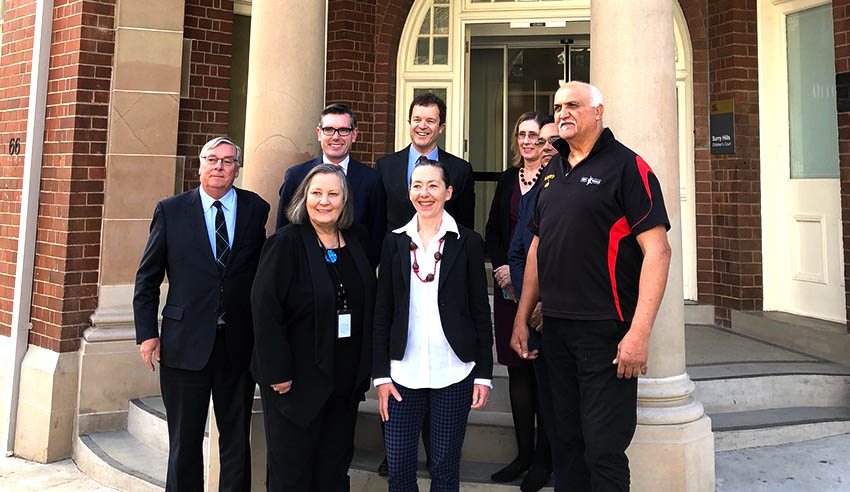 This week’s opening of a Youth Koori Court in Surry Hills has doubled the program’s capacity to help vulnerable Indigenous young people.

The Youth Koori Court program helps to turn the lives around of Indigenous people aged between 10 and 17 by targeting the reasons behind any antisocial behaviour, and putting in place sensible, tailored plans for offenders that encourage connection with family, community and culture, a statement from the NSW Attorney-General Mark Speakman said.

The court brings Elders and respected Aboriginal community members around a table with lawyers and police to discuss the issues that may be impacting a young person’s offending behaviour, it said.

The program targets key issues affecting Indigenous youth, including drugs, alcohol, mental health, housing and education, with Mr Speakman noting that if these issues are addressed, there is a greater chance that young indigenous offenders can be kept out of detention.

Mr Speakman was in attendance at a ceremonial sitting to commemorate the opening of the new location, and called the program’s expansion to Surry Hills “a major milestone for the pioneering and passionate team behind the Youth Koori Court.”

“The state-of-the-art Surry Hills Children’s Court is an ideal location as it’s a purpose-built facility, which celebrated its first anniversary last month”, Mr Speakman continued, noting that it offers many features which will provide a non-threatening environment for participants.

Magistrate Sue Duncombe presides over the Youth Koori Court, and said that while the tragedy of Aboriginal overrepresentation in custody can’t be solved by just one initiative, “the program can be life changing for the individuals involved”.

“So far, we are seeing some really positive indicators, including a reduction in the time young offenders are spending in detention,” Magistrate Duncombe said.

“The second Youth Koori Court is great news because the more children we can work with, the more kids we can support to get their lives back on track,” she explained.

“The Youth Koori Court offers us a valuable window of opportunity to step into young people’s lives and steady them, to set them back in balance, to reconnect them with culture and country,” he stated.

“The power of this idea and the reason that it succeeds comes from direct involvement of the Aboriginal community in the administration of justice,” Mr Thomas continued.

The Youth Koori Court first began operating out of the Children’s Court in Parramatta back in 2015, to reduce the number of Aboriginal and Torres Strait Islander children in custody and to provide interventions to help set young offenders back on the right path, Mr Speakman’s statement explained.

The program’s expansion had been funded through a $2.7 million state government investment.

It comes after the recently released federal government’s productivity commission report found Aboriginal and Torres Strait Islander defendants are grossly overrepresented in every state and territory for which data was available.