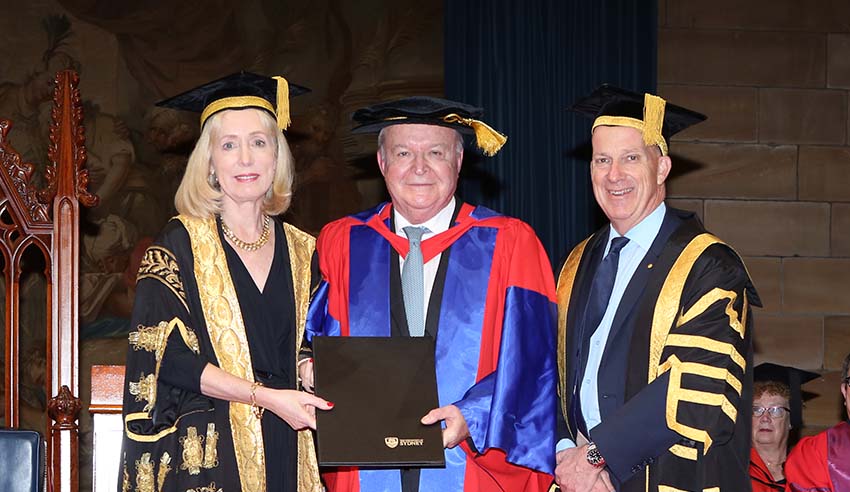 The Chief Justice of New South Wales can add a new achievement to his resume, having received an honorary doctorate from the University of Sydney.

The honour was conferred by University of Sydney chancellor Belinda Hutchinson AM, who considered Chief Justice Bathurst as “a distinguished graduate of the university, a fine lawyer, the leader of his profession in this state, a leading citizen of this state, its Lieutenant-Governor and its most senior judicial officer”.

Chief Justice Bathurst is an alumnus of the University of Sydney, having completed a BA in 1969 and the LLB in 1972.

He was then called to the Bar in 1977, before becoming a Queen’s Counsel 10 years later, the university noted.

He was appointed Chief Justice of New South Wales in 2011, after being endorsed by then-Attorney-General Greg Smith SC.

Summarising Chief Justice Bathurst’s achievements at the ceremony, acting head of school and dean of the University of Sydney Law School Professor Cameron Stewart also acknowledged the contributions he has made to the profession and wider community.

“His commitment to excellence as a judge, presiding over sittings both in the Court of Appeal and the Court of Criminal Appeal, is well recognised in the profession,” Professor Stewart said.

“Less well known or remarked is his commitment to improving the standing of the judiciary in the community and promoting diversity among the judiciary.”