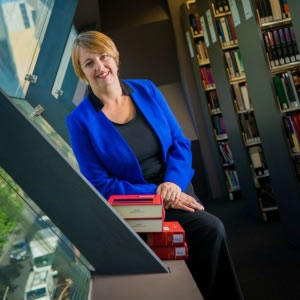 In an Australian first, Victoria University has launched a Courts and Tribunals Academy specifically to address professional development of court staff.

The academy will be headed by former Attorney-General Nicola Roxon (pictured), who is an adjunct professor at the university and the chair of the Sir Zelman Cowen Centre.

Speaking with Lawyers Weekly, Ms Roxon said the new academy would help the courts be as effective as possible with the resources available and create a space to research best practice.

“I think everybody in the legal community – but also the broader community that interacts with the court system – knows how much pressure the courts are under,” she said.

“We see this as an opportunity to fill that gap and to help find ways to ease the pressures on the court system and the community that uses the courts.”

Ms Roxon said it has been publicly reported in the media that people interacting with the courts have been experiencing delays and access to justice issues.

“It is not that there is a particular crisis point,” she said. “It is just that [there are] growing pressures on many of our public institutions, and the courts have often found it difficult to respond.

“They are often constrained by government spending and this is a way to try to upskill people to make sure that the people and resources that are in the courts are able to be as effective as they possibly can be.”

Ms Roxon said the university hopes the new academy will make a difference by offering a specific program to train up staff through a new Graduate Diploma in Court and Tribunal Management.

“This is really to look at all the staff that support the work of judges within the courts from registrars to interpreters to business management/IT staff,” she said.

The academy will also contain a research arm to look at examples of court management practices that have been successful around the world.

One of the areas of focus will be the implementation of technology in the court system.

Ms Roxon said the intention was not to “re-create the wheel” but rather to “piggyback off” innovations in other government entities, such as Centrelink or Medicare, or in the private sector.

“I do think – this is a personal view – that some of the traditions of the legal system have made it harder for people to embrace technology.

“I bring a particular perspective to this as a past health minister […] because you can go into any hospital around the country and see the amazing technological advances right in front of you. You don't always see that so obviously in the court system.”