Hunt up at Jackson McDonald 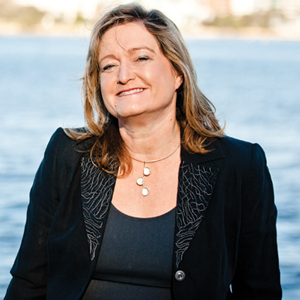 Jackson McDonald has started the year by making a number of internal appointments.

The Western Australia firm has appointed Hilary Hunt (pictured) as a partner and has also appointed a special counsel, a senior associate and two associates.

Hunt also spent time working as a senior lawyer at Linklaters in London and was a partner in New Zealand firm Buddle Findlay, where she was recognised twice by Chambers Global as one of the top 10 in her field in New Zealand.

Elsewhere, Renae Harding was appointed special counsel in the workplace relations group. Harding has been with Jackson McDonald since 2007. She has extensive experience in advising employers on employment relations, industrial relations, discrimination and safety matters.

There were two appointments in the insurance & risk group, with Mark Blatchford appointed to senior associate and Zaneta Witherington appointed as associate. Blatchford has been with McDonalds since 2006 and advises clients on policy indemnity, liability and contribution, contractual indemnities, quantum and claim management strategy. He also regularly appears at WorkCover and in the District Court.

Witherington specialises in public, product and treatment liability and workers’ compensation and employers’ indemnity. She has assisted in the conduct of a range of litigious matters in the Magistrates' Court, District Court, Supreme Court, Court of Appeal and WorkCover.

Lastly, Anna White was appointed as an associate in the banking & finance group. White was originally admitted in New Zealand and joined McDonalds in 2011. She has particular experience in banking and finance law and insolvency.

Sandover welcomed the appointments and said: “This group of newly promoted individuals are tremendous ambassadors for our firm.”

Hunt up at Jackson McDonald