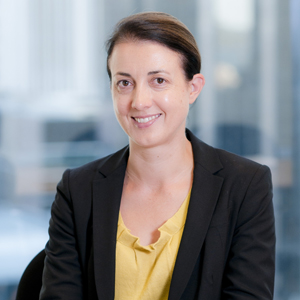 Karen Keogh (pictured), a special counsel at the firm, was appointed to the position last week.

The Sydney-based health law specialist, who was formerly the head of legal services at the Kings College Hospital NHS Foundation Trust in London, is also a trained Lifeline counsellor and Smith Family mentor. Keogh has also done pro bono work for the NSW and ACT synod of the Uniting Church of Australia.

The head of the National Pro Bono Resource Centre (NPBRC), John Corker, has called on mid-tier firms to do a greater volume for of pro bono work for some time now.

A survey by the NPBRC last year, which included responses from 36 of the 51 Australian firms that have more than 50 lawyers, found that the nine firm respondents with more than 450 lawyers did an average of 38 hours of pro bono work per lawyer. That compared to an average of 20.4 hours for mid-tier firms (250 to 450 lawyers) and 15.7 hours for small firms (50 to 250 lawyers).

“I don’t think it is easier for large law firms to do pro bono work because the main unit we use is hours-per-lawyer and an hour is an hour and a lawyer is a lawyer,” said Corker to Lawyers Weekly in October 2012. “Therefore, it is really a commitment that needs to be made by those firms towards the ethical value [of pro bono work].”

TressCox is a signatory to the aspirational pro bono target of 35 hours of pro bono work per lawyer per year.

According to the Federal Government’s Legal Services Expenditure Report for 2011-12, TressCox did an average of 16.5 hours of pro bono work per lawyer last financial year.