Home/
Appointments/
Major round of promotions at Maurice Blackburn

Major round of promotions at Maurice Blackburn 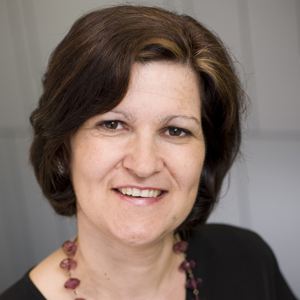 Maurice Blackburn made its largest-ever round of promotions to coincide with the start of this financial year.

The plaintiff law firm made 29 promotions – to principal, special counsel, senior associate and associate positions – across its offices in Sydney, Melbourne, Canberra and Cairns as well as suburban and regional offices of Frankston, Dandenong and Reservoir.

The promotions are in a range of practice areas, including class actions, medical negligence, road trauma, asbestos, work injuries and will disputes.

The appointment of five new principals brings the total number of principals to 42, of whom 17 are women.

Maurice Blackburn CEO Greg Tucker said the firm was continuing its pattern of sustained growth and was looking to expand further over the next 12 months.

"The firm is continuing to grow at a fast rate and this is organic growth, not via acquisitions,” said Tucker.

“The new round of promotions across several practice and geographic areas is homegrown talent – people who have honed their specialist knowledge and skills as plaintiff lawyers with us over the years and who are strongly committed to the firm’s social justice principles.”

“The performance of some of our newer offices in Queensland, Canberra and Perth has been outstanding,” he added.

Asbestos litigation specialist Theodora Ahilas, who won the NSW Justice Medal last year, has also been appointed national head of the asbestos department following the departure of Andrew Dimsey, who is planning to go to the Victorian Bar. She has been the asbestos principal for NSW/ACT since 2004.

"Theodora is just one example of a senior lawyer who still deals directly with clients. This is what distinguishes Maurice Blackburn in the plaintiff law category,” added Tucker.

Richard Ryan (class actions) was promoted to special counsel in Sydney, and there were five promotions to senior associate across the Melbourne, Brisbane, Cairns and Sydney offices.

Eighteen practitioners were promoted to associate.

All promotions took effect on 1 July.

Major round of promotions at Maurice Blackburn