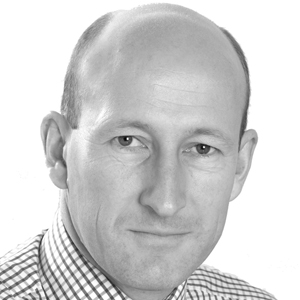 Clifford Chance has been appointed as the Official Law Firm of the Rugby World Cup 2015 following a competitive pitch process.

Clifford Chance will provide the full range of legal services for the tournament, which takes place in England in two years’ time.

The Rugby World Cup is, after the Olympics and the FIFA Football World Cup, the third largest sporting occasion in the world.

This mandate continues a long-standing client relationship as Clifford Chance has been advising the International Rugby Board and Rugby World Cup Limited (RWCL) for many years.

Clifford Chance’s London managing partner, David Bickerton (pictured), commented: “We are delighted to have been appointed to advise on a major global sporting project of this magnitude and look forward to expanding our strong association with Rugby World Cup."

Daniel Sandelson, the Clifford Chance partner who will be leading the team delivering the services to RWCL, added: "Our expertise in advising on major sporting events and ability to mobilise a team of lawyers across the full legal spectrum positioned the firm to win this prestigious mandate. We are excited to renew our working relationship with RWCL, contributing towards the commercial success of a tournament that goes from strength to strength.”

Clifford Chance's sports and technology, media & telecommunications groups have advised on a number of major sporting events, including the 1998 FIFA Football World Cup in France, the 2012 UEFA European Football Championships, the sponsorship negotiations for the Barclays Premiership, the London 2012 Olympics and, more recently, the 2016 UEFA European Football Championships and the 2022 FIFA Football World Cup.