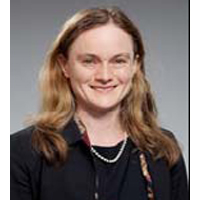 General counsel Alison O'Brien’s appointment to the role was announced on 2 March by the VGSO.

O'Brien has been Acting Assistant Victorian Government Solicitor since December 2011 when her predecessor, Jonathan Smithers, was appointed a senior member of the Victorian Civil and Administrative Tribunal.

During the Royal Commission into the Bushfires, O'Brien assisted the Government in its responses and was a leader of the VGSO team for the duration of the inquiry.

She won the Law Institute of Victoria Government Lawyer of the Year Award in 2011.

“The role attracted qualified applicants from interstate and overseas, as well as from Victoria.
Alison emerged clearly as the candidate of choice, and I congratulate her in her new role," said Victorian Government Solicitor Peter Stewart.