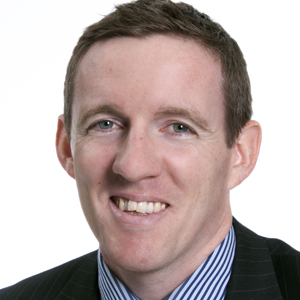 Mills Oakley has made three lateral hires to its partnership in Brisbane, Sydney and Melbourne, including poaching a senior associate from Norton Rose.

Speaking to Lawyers Weekly, Nixon cited a common reason among top-tier to mid-tier defectors for his departure.

“I wanted the opportunity to grow my own practice and control my own client base rather than being second in charge, which is what I was at Norton Rose. That was my main frustration; I wanted to have more management control and more influence on the way that the firm was moving forward,” he said.

Having been earmarked for partnership at Norton Rose, Nixon said he would have backed himself to make partner in the next two or three years, but that “there’s just no guarantee”.

“It’s becoming harder and harder each year to make partner at the larger law firms. The amount of turn-over you have to generate to become a salary partner is enormous now and I don't believe most top-tier firms are nessesarily more profitable than good mid-tier firms,” he said.

After starting at Mills Oakley on 10 April, Nixon said the more relaxed time-billing pressures had freed him up for more clients meetings and practice management.

Now, Nixon must bill five to five and a half hours as opposed to seven and a quarter with Norton Rose.

Competing with the pricing structures of smaller and mid-tier firms was becoming another frustration of Nixon’s while at Norton Rose.

With the domestic real estate market in Brisbane picking up and major clients now looking for set fees, capped fees and fixed-fee arrangements for their leasing, buying and selling, Nixon said he saw an opportunity to take advantage of the market.

“The leasing market is really picking up at the moment in Brisbane and there’s going to be a shortage of space very soon,” he said, adding that the vast majority of 111 Eagle Street, (a new 54-level commercial office tower in Brisbane’s CBD) which he was doing the leasing on at Norton Rose, is now taken or under offer to be taken.

“That’s 50,000 square metres … so once that’s fully leased there’s going to be a tightening in the leasing market and hopefully the development market will pick up because people will start taking more risks in terms of looking for space to develop for large tenants to move into.”

Those large tenants include mining companies which currently have a large number of employees in Queensland.

“Rio Tinto and Arrow are out in the market. Suncorp are taking a new development down in South Bank … so its good for us because these larger firms are moving into the premium grade buildings and then you have to backfill the space that they’re moving out of so you’ve got some of the smaller mining firms, the support firms, the law firms and accountancy firms moving into those spaces,” said Nixon.

Nixon said there are a number of blue chip property clients he has his eyes on, with a drift towards the mid-tier firms because of the cost-benefit analysis.

“They can get the same quality of work as they would get at a top-tier firm but they pay less,” he said, adding that sometimes clients need the international aspects of top-tier firms but that the majority of their work involves leasing or buying and selling assets in Australia.

Originally from the UK, Nixon worked for Downs Solicitors and Nabarro, before moving to Australia to work at Bakers. He admitted he would miss the nature of larger international transactions, particularly acting for US and Chinese clients.

Nixon did not bring any members of his former team across to Mills Oakley.

“I know most of their client base already so that was the big attraction for me; that I could grow [Mills Oakley's] current client base through my exisiting contacts,” he said.

Catherine Hallgath, a former partner of Swaab Lawyers, has also joined Mills Oakley’s Sydney property team. Hallgath has worked with a number of leading Australian and Asian property owners and has expertise in the acquisition and sale of commercial office blocks, leasing, leasing disputes and tenant advisory services. She also worked Holding Redlich as a senior associate for four years and as a solicitor with Minter Ellison for seven years.

“We’re looking to strengthen the team nationally because to secure those blue chip clients you need to be very strong along the eastern seaboard,” said Nixon.