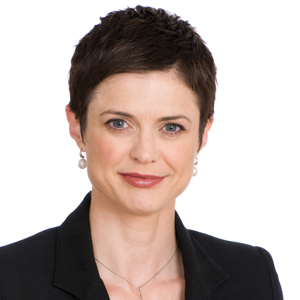 Norton Rose Australia (NRA) has made five promotions to its partnership across its Sydney, Perth and Canberra offices.

According to NRA managing partner Wayne Spanner, the five new recruits will benefit the firm’s partnership thanks to their experience across the firm’s key industry sectors, including energy, infrastructure, mining and commodities, and financial institutions.

Siobhan Flores-Walsh, an occupational health, safety and security lawyer, was appointed as a partner in the firm’s Sydney disputes group. Jehann Mendis was promoted from her position as a corporate advisory lawyer in Perth, while environment lawyer and special counsel Noni Shannon (pictured) was promoted to partner level in her corporate advisory role in Canberra.

Shannon, who joined NRA in April last year, told Lawyers Weekly that while she doesn’t believe it is necessarily getting harder to make partner at large and global firms, the process by which partners are selected may have become more rigorous.
Shannon studied an arts degree, followed by law, which led her to a job with Allens Arthur Robinson in Adelaide as an environmental lawyer. She transferred to Allens’ Sydney office before working for 11 years with Gilbert + Tobin, building a traditional environmental law practice, advising government and private sector clients.
“Increasingly, climate change was part of that,” said Shannon, adding that NRA was an obvious choice when she decided to focus on advisory work in that space.
“Norton Rose has always been one of the first movers in developing a true climate change specialty. We’ve always had partners doing a lot of work in this space.”
With the energy industry keenly interested in carbon policy and with NRA lacking a senior person in Canberra to lead its environmental and climate change practice, Shannon said the position fit well with her.
“There’s a significant change of policy and law for clients in energy sectors and we’ve been doing a lot of work advising them [and] helping them understand the implications for their business [and] contractual arrangements. Obviously a lot of corporate structures need to be put in place in relation to assets and liabilities, and so we’re advising them on what that means from a commercial perspective, as well as trade opportunities they may have,” she said.