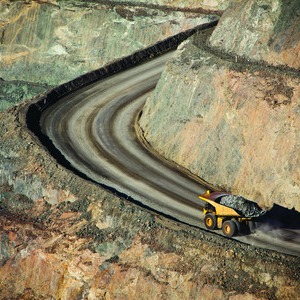 Two global firms have advised on a US$162.5 million transaction to finance the Kipoi Copper Project in the Democratic Republic of Congo.

Deal significance: Tiger Resources was able to secure an eight-year term debt in a deal that spanned six jurisdictions and involved a complex security structure.

The deal, which involved refinancing US$100 million in secured facilities established by Taurus in August 2014, will also provide funding for the expansion of the existing plant at the project.

“Banks and traditional lenders struggle to do long-term debt like this and I’m predicting that we will see more activity from development finance institutions and private debt funds, particularly while commodity markets are forecast to remain subdued,” HSF partner Rowen Cross said.

In conjunction with the debt facility, Tiger undertook an equity capital raising via a share placement and an accelerated non-renounceable entitlement offer to raise gross proceeds of approximately US$22 million, with commitments received from IFC and by Tiger’s existing shareholder, Resource Capital Funds.

NRF partner Jake Howard suggested the successful completion of the refinancing, at a time when copper prices are low, demonstrated "significant confidence in Tiger's management and that the fundamentals for the Kipoi project are sound".

"This financing not only provides a long-term funding solution for Tiger but also supports the expansion of its SX/EW plant, which will result in a significant reduction of Tiger’s production costs," he said.

Last Updated: 03 February 2016 Published: 04 February 2016
The Women in Law Awards is the benchmark for excellence, recognising the empowering women influencing the Australian legal profession, celebrating the female leaders, role models and future champions of the industry. Register for the waitlist today for the opportunity to attend this remarkable awards ceremony and network with top legal professionals and fellow peers.
Visit womeninlaw.com.au