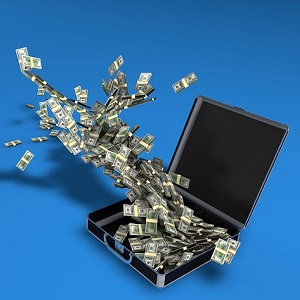 MinterEllison has released its annual Security of Payment Roundup, analysing the cases that came before the courts in each state and territory and identifying emerging trends.

The international firm recently published the Security of Payment Roundup – A comprehensive review of cases in 2016. The report breaks down the cases that were brought in each Australian state and territory, looking at their implications for Security of Payments (SOP) legislation and the construction industry.

Looking at SOP on a national level, MinterEllison projects, infrastructure and construction partner Richard Crawford said the growing inconsistency of the legislation between each state and territory is creating confusion, especially for practitioners working across multiple jurisdictions.

“‘Competitive federalism’ is the current buzzword, and it has certainly been the trend for SOP legislation across Australia, with reforms in different states increasing the differences in the legislation between jurisdictions. For individuals working across state and territory borders, these distinctions increase unfamiliarity and reduce the use – and thus effectiveness – of SOP legislation,” Mr Crawford said.

“In late 2016, the federal government’s Building and Construction Industry (Improving Productivity) Act 2016 – the legislation that introduced the Building Code 2016 – provided for the creation of the Security of Payments Working Group to investigate harmonisation of SOP legislation across Australia. Is a national Security of Payment Act on the cards?”

Analysing the results by state and territory, the report noted a number of cases in NSW that helped to clarify jurisdictional error. In Southern Han Breakfast Point Pty Ltd (in Liquidation) v Lewence Construction Pty Ltd & Ors, the High Court made the important decision that “a payment claim made without a valid reference date will be liable to be quashed”, the report said.

It added that, “There does not seem to be any appetite for any more change to the NSW act at the moment. Even if there was such an appetite, the establishment of the federal Security of Payments Working Group to look at harmonisation may well have quenched the appetite for the time being.”

In Queensland, on the other hand, there are significant changes looming. It has seen a reduction in applications to the court, following significant amendments to the Building and Construction Industry Payments Act 2004 (Qld) in 2014.

The report noted that the state can expect another round of reform, after the Queensland Building Plan discussion paper was released late last year. The proposed amendments include removing the requirement for endorsement that the payment claim is being made under the Queensland Payments Act, and extending the time frames to lodge an adjudication application (but not an adjudication response).

In Victoria, however, the number of court applications is on the rise, with “the availability of judicial review, in circumstances where a court is likely to enjoin the enforcement of the adjudication determination pending resolution of the review, [providing] a significant motivation for unhappy respondents to make application for review”, the report said.

With the courts’ workload set to increase in the state, the appointment of Justice Geoffrey Digby as the judge responsible for the Technology, Engineering and Construction list could change the way these cases are approached, MinterEllison noted.

Western Australia saw substantial reforms take effect in December 2016, and is set for a year of change in SOP. The key amendments to WA’s Construction Contracts Act 2004 aim to provide more time and flexibility for applicants. They include extending the time limit to make an adjudication application from 28 to 90 business days, and allowing for a disputed invoice to be re-invoiced so that applicants will get a new 90-day time frame in which to submit an adjudication application.

With this shift in favour of applicants, the WA courts may be less likely to allow adjudication determinations to be challenged on the basis of a jurisdictional error of the adjudicator, the report said.

The Australian Capital Territory had a quiet year for court applications and 2017 is likely to be similar, with contractors in the small market seemingly reluctant to use the ACT Building and Construction Industry (Security of Payment) Act 2009.

“If it wasn’t for the spat between the now liquidated Denham Constructions and the Islamic Republic of Pakistan, there would have not been much excitement on the SOPA front [in 2016],” the report said.

In the same vein, the Northern Territory’s Construction Contracts (Security of Payments) Act is based on the WA act and WA cases continue to guide the NT courts. The report noted that the NT is developing “a significant body of case law” on its act.

There were no decisions in the Supreme Court of Tasmania on the state’s Security of Payment Act in 2016.