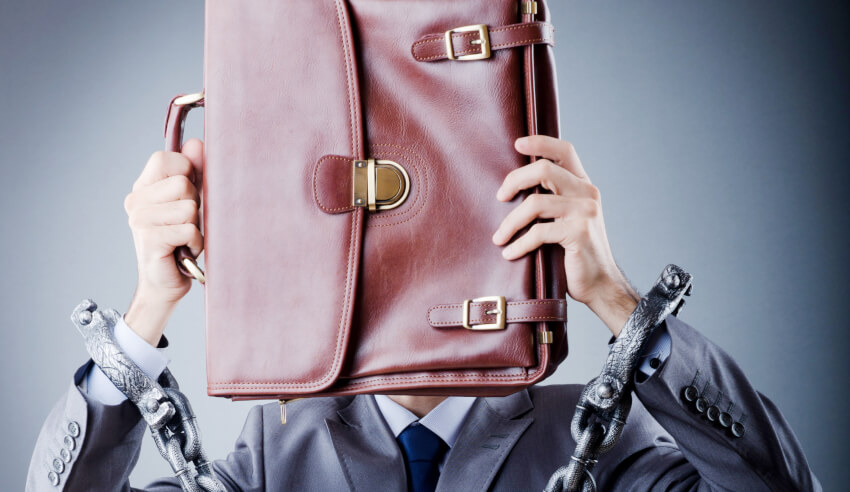 An increasing number of law firms are leaving themselves open to internal crime, despite many stating that pre-employment screening is important.

A new report conducted by Lawyers Weekly and InfoTrack surveyed 216 Australian legal professionals to better understand the perceived impact of internal crime as well as the processes law firms have put in place to protect against it.

Firstly, the survey asked respondents where they see the greatest value in pre-employment screening.

The second question asked respondents which tools are essential for prudent pre-employment screening to protect their firm.

Reference checks are cited as the number one tool, with 90 per cent of respondents stating that this is the most important asset in pre-employment screening. It is followed by qualification checks (76 per cent), identity verification (62 per cent) and police checks (61 per cent).

“This result suggests that most legal professionals do not believe that it is sufficient to implicitly trust a candidate’s word, and that firms need to dig a little deeper,” the report said.

The third question asked respondents if their firm has a process for verifying any checks/qualifications provided by potential or existing employees.

Just half of the respondents said they are aware of processes their firm may have in place to verify qualifications or checks that are provided by potential or existing employees.

Meanwhile, around one-third are unsure about verification processes, while 20 per cent indicated that their firm does not have processes in place for verifying employee and candidate documentation, meaning that they are relying on the honesty of employees and potential employees.

The fourth question asked respondents if they or their clients have ever worked with someone and later discovered they lied about their background.

Thirty-eight per cent said that either they or their clients have worked with someone and later discovered that they lied about, or failed to disclose, important information about their background.

Commonly cited examples include falsified qualifications and employment history, lying about the reasons for leaving prior employer and not disclosing criminal convictions, according to the report.

Speaking about the result, InfoTrack CEO John Ahern said it is unsurprising that people have lied about their past in order to appeal to their employer.

“I’m not surprised that people have lied about their past. What I’m shocked about is that more people don’t take actions to check into people’s pasts. My clients, being predominantly lawyers, hold a lot of identity information so you would think that they would be more worried about hiring people that could handle that sort of sensitive information as it ran through their practice,” he said.

“We hear stories from our clients all the time about different staff they’ve had come into their business who have lied about their past, done some damage to the culture of the business and then moved on, and it’s a real shame.”

The fifth question asked respondents if there are any convictions that they believe would automatically disqualify someone from working at their firm.

An overwhelming majority, 84 per cent, said they believe that there are convictions that would (or should) automatically disqualify potential candidates from being employed by their firm.

Commonly cited examples included deceptive and financial crimes such as fraud, theft and embezzlement, however many also believe that crimes of a violent or sexual nature would preclude hiring.

According to the report, just 17 per cent of respondents have indicated that their firm conducts police checks on candidates, and a further 26 per cent suggest that they do for some roles, but not others.

Alarmingly, it appears that majority of Australian legal firms are not conducting police checks on potential candidates at all (57 per cent).

Mr Ahern labelled this result as shocking, saying it should be an essential part of the hiring process.

“If you had asked me to guess [the result of that particular question] I would have thought it would be 50/50. In the multinationals, it’s just part of the process. There is a police check every single time, and they tell you in the first interview often that there’s a police check,” Mr Ahern said.

“This is a fast-moving employment market. You do have to move quickly to get good people here. I feel like we overlooked the simple things which is, let’s just do a police check.”

The seventh question asked respondents if their firm or any of their clients’ businesses have been a victim of crime committed by someone internally.

The report revealed around one-third of respondents indicated that either their firm or their clients’ businesses have been the victim of crime committed by someone internally (32 per cent).

Common crimes cited are largely of a financial nature, including theft, fraud and misappropriation of funds.

The report also found that some firms and some of their clients have fallen victim to non-financial crimes such as data and IP theft, identify theft, misuse of company property and cyber crimes.

When asked which type of crime the respondents considered the biggest threat to their firm, the majority (38 per cent) cited cyber attacks and data theft (35 per cent). This is followed by asset misappropriation at 17 per cent.

Respondents are also asked where they believe has the biggest impact when crime occurs within a firm.

The vast majority (57 per cent) said the biggest impact felt is to the firm’s reputation, followed by revenue (12 per cent), culture (11 per cent), productivity (10 per cent) and employee morale (7 per cent).

“Everybody wants to work somewhere where they get to go home at the end of the day and tell everybody about how great their work environment is. To have somebody come into a business and ruin it is absolutely unacceptable," Mr Ahern said.

“As swiftly as you can, you need to move to repair that culture. I just feel like, if we spent those few minutes upfront doing police checks, we could spend less time on these lengthy, expensive investigation processes."

Lastly, the report asked respondents if they believe the average law firm has a sufficient ethics and compliance program in place to protect against internal crime.

“There is a perception among many of Australia’s legal professionals that firms are not doing enough to protect themselves against internal crime,” the report said.

“Nearly half of the survey respondents believe that the average law firm does not have sufficient ethics or compliance programs in place to protect them against internal crime (42 per cent). This, coupled with the earlier reported finding that many law firms do not routinely conduct police checks or validate documentation provided by employees or potential employees, suggests that firms are leaving themselves open to the risk of internal crime.

“Some legal professionals believe that law firms tend to be too trusting of employees and potential employees, and take them on face value. There is a perception that being highly educated, well-paid professionals correlate to honesty, which is simply not always the case.

“Respondents also noted that, while more should be done to ensure ethical and compliance standards are maintained, and processes are in place to help protect against internal crime, these programs need to be applied equally to partners and senior staff who should be leading by example.”

To check out the full podcast, as well as video highlights, click here.