Inclusive language matters in the workplace 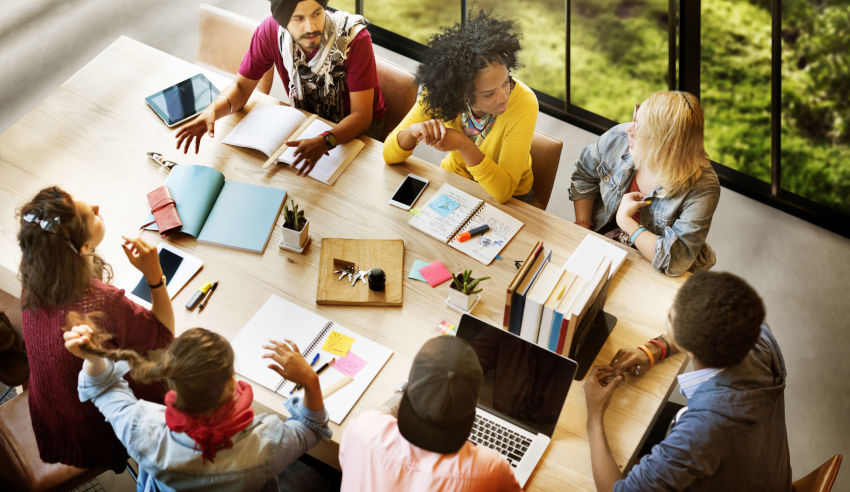 Inclusive workplace diversity has to include changes to daily practices, writes Julie Kneebone.

But a strong focus on workplace diversity doesn’t necessarily give rise to inclusive workplace practices.

For those who haven’t seen or heard about it, the Words at Work campaign urges workers to check their language and consider whether their choice of words is being inclusively received by their target audience.

In part, the campaign speaks to the use of gender-based terminology, particularly when the intention is to use it in a gender neutral way.

Although many examples were given, comments made by David Morrison AO (former Chief of Army and 2016 Australian of the Year) around his personal choice to refrain from using the word “guys” when addressing a team of colleagues of both genders received particular media attention.

The campaign focuses on talking and listening to others with respect and, in doing so, opening a dialogue about sexist versus inclusive language.

It challenges leaders to question if the language they adopt actually speaks to, or excludes, their team.

The campaign certainly has merit. Management style and company culture, including attitudes about gender, social beliefs, customs and infrastructure, undoubtedly influence the working experience (and importantly, the organisation’s bottom line).

The campaign hasn’t come out of the blue. Many organisations invest in diversity through various management tools, including policies and recruitment practices to assist diverse talent enter and remain in the workplace.

Despite a concerted focus on and recognition of the value of diversity over the past decade or so, many professional workplaces still take the traditional male pattern of working life as the norm.

The expectation that workers adopt a particular masculine standard of working can be problematic to both genders.

Both forms take an objective person test, where the intention of the discriminator is irrelevant. That objectivity is important in striking the balance between “rogue” and ‘cotton wool’ extremes.

However, unlawful discrimination can be difficult to identify because overt discrimination of workers is rare. Rather, it exists in subtle ways, which can affect a worker’s ability to participate fully in the workplace and move up through management hierarchies.

This is a key cause of workplace inequality and the lack of transparency creates difficulties in tackling inequality at its cause. An example of this is where women miss out on opportunities because of assumptions about their abilities and goals, or because they failed to be considered after frequently being excluded.

Something we’ve learned in managing legal responses to discrimination and bullying claims is that recognition of subjective feelings cannot be ignored in employee management.

The individualism of subjectivity is something Words at Work highlights. The campaign urges professionals to consider the power of language when viewed from the recipient’s individual perspective.

But instead of considering a second perspective, people became defensive about their own use of language and in particular their use of “guys”.

Many workers, including managers, use terms like “guys” intending to be inclusive without thought or consideration that words could be exclusionary for females.

Media and office debate about the word justifies its use by looking at the social growth from its Guy Faulkner origins to a gender neutral collective.

It has been suggested there is a linkage between modern English and masculine and feminine nouns in European languages.

Although these arguments might have factual merit, it seems that such examination entirely misses DCA’s point.

If leaders are to harness the benefits of diversity, individual differences need to be identified and valued to obtain true diversity of thought.

Whether or not “guys” constitutes inclusive language in today’s culture probably depends on audience and context.

But rather than shying from change, ask yourself “am I doing everything to get the most of my team?”—and be honest with your answer.

Julie Kneebone is a senior associate in employment at Sparke Helmore. The views expressed here are Julie's, and not those of the firm.

Inclusive language matters in the workplace

Last Updated: 16 March 2018 Published: 19 March 2018
The Women in Law Awards is the benchmark for excellence, recognising the empowering women influencing the Australian legal profession, celebrating the female leaders, role models and future champions of the industry. Register for the waitlist today for the opportunity to attend this remarkable awards ceremony and network with top legal professionals and fellow peers.
Visit womeninlaw.com.au