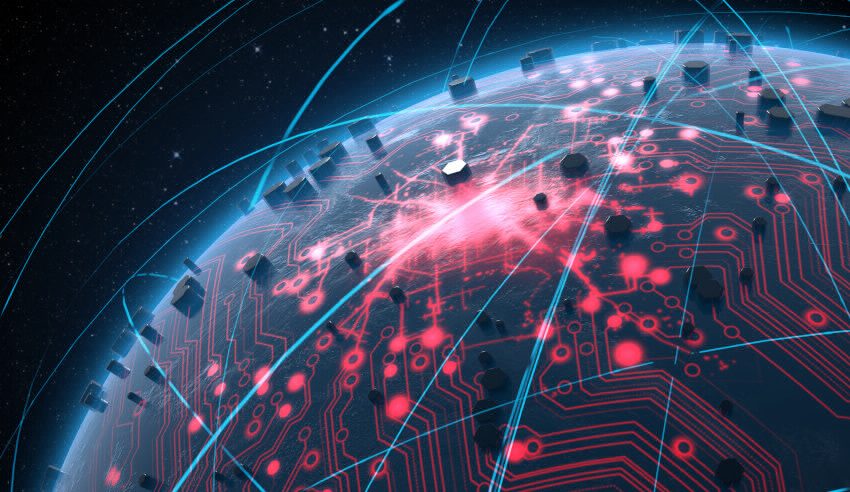 Huge market platforms like Google, Amazon and Facebook know a lot more about us than most of us realise, write Serpil Senelmis and James Brandis.

The use, control and exploitation of our personal data was no more apparent than in the revelations about Cambridge Analytica, the London-based political consulting firm accused of influencing the 2016 US Presidential election through data-mining.

What that scandal highlighted however was not so much that the data breach may have helped usher in an era of Donald Trump, but how platforms monetise our personal data.

According to Australian Competition and Consumer Commission (ACCC) Chairman Rod Sims, “the question of how we approach the proliferation of digital platforms, and how they collect and manage our data, is one of the defining questions of our age.”

On 4 December 2017, the Australian Government directed the ACCC to conduct an inquiry into digital platforms to examine the effect that digital search engines, social media platforms and other digital content aggregation platforms have on competition in the media and advertising services markets.

Since then the Australian Government has announced a new national body to oversee access to government-held data as part of a suite of reforms recommended by the Productivity Commission. In addition, the Treasurer Scott Morrison MP commissioned the Review into Open Banking in Australia in July 2017 and following on from that the government has decided to legislate a Consumer Data Right to give Australians greater control over their data.

Maurice Stucke is a competition law professor at the University of Tennessee and one of the most influential voices in the big data debate today. In the Competition Lore podcast hosted by Professor Caron Beaton-Wells, he explains that there is a significant amount of personal data flow and data harvesting “which has seen an increase in concentration in many markets, with a few firms dominating”.

He calls these companies with more control over data, “data-opolies”, a term coined by his own daughter.

According to Professor Stucke the heavyweights of the digital sphere – data analytics companies and social media platforms – are more than “just a platform”.

He describes them as “a platform that attracts like a coral reef – it’s a whole ecosystem of users, of sellers, of advertisers, software developers, apps and accessory makers.”

“There's the volume of data, the variety of personal data and the velocity in which they can capture that data and harness it, that gives them significant market power,” explained Professor Stucke.

In a column titled, “Here Are All the Reasons It’s a Bad Idea to Let a Few Tech Companies Monopolize Our Data”, Professor Stucke explained that “as data-opolies expand their platforms to digital personal assistants, the Internet of Things, and smart technologies, the concern is that their data advantage will increase their competitive advantage and market power. As a result, the data-opolies’ monopoly profits will likely increase, at our expense.”

The rise of a new economy: the centrepiece which is the internet

Some analysts have pronounced data is to this century what oil was to the last one: a driver of growth and change. This analogy rings true at least when you consider how platforms drill for our digital information, extract and refine the details before selling them for a profit.

Companies are now using our data to try to influence us in all sorts of ways – from impacting on our buying and shopping habits to swaying our political decisions.

Professor Stucke stated that there are “several disturbing trends with the new online economy.”

“We’re seeing firms relying on algorithms to set their prices and one question we had is what if these algorithms could monitor each other’s prices, and what if they colluded.”

“Our law is good at tackling some types of collusion, but not others,” he added.

Another area of concern is what Professor Stucke calls, “behavioural discrimination.”

He says this is the ability to use personal data “to tap into your weaknesses and get you to purchase something in a moment of weakness, at the maximum price you’re willing to pay.”

As debate increases over who should own and benefit from data, more and more experts are sounding the alarm over the new economics, stating there are social and political implications.

Viktor Mayer Schonbeger, Professor of Internet Governance at the University of Oxford and co-author of the new book, Reinventing Capitalism in the Age of Big Data states in a Business Insider video presentation that “companies that have a lot of data will also be highly innovative. That will lead to an unprecedented age of market concentration.”

Professor Schonbeger warned, “If we don’t stop it now we will find monopolies that combine political and market power like we have never seen before.”

According to Recode in the past year Facebook forked out over $3.3 million to influence lawmakers on privacy, security, online advertising and transparency efforts. While Amazon dished out more, spending $3.38 million in search of sympathetic policies on taxes among other things and Google lead the tech spend, forking out more than $5 million to influence policies such as intellectual property.

Competition will work itself out

According to Professor Stucke, since the 1980s, one of the schools of thought around competition policy has been the belief that “markets are very good at self-correcting and there is very little need for intervention.”

The view has been that “more often than not government intervention leads to false positives rather than false negatives.”

But as we move away from the “brick-and-mortar economy” further into an online world Professor Stucke says “we’re looking back and we’re starting to wonder did we strike the right balance in our enforcement.”

The harvesting of our personal data on such a wide scale has without a doubt changed the rules for markets and authorities and regulators around the world have now found themselves in a position where they have to respond to these challenges.

Professor Stucke explains that “competition law over the past 30 years has migrated towards what’s quantifiable” which has meant that the law has been “very good in assessing price effects or developing tools to assess price effects”.

However, when it comes to data driven industries where often the product is offered for free, such as Facebook or Google, he says “that’s a real blind spot for competition law”.

“We’re very good at trying to quantify things that are measurable, such as price but when it comes to aspects such as quality or innovation, we’re sort of at a loss.”

According to Professor Stucke, the “shortcoming of antitrust policy is that we don’t really have these tools to assess what would be the impact on our privacy” and in a larger context “what impact this could have on our democracy”.

Open borders not making legal hiring easier Read More
‘This is not a time for guessing’: New legislative changes to WHS regulations and mental health Read More
Globe sells Philippine mobile towers for US$1.28bn Read More
The threat of supply chain attacks and what you can do to prevent one Read More
Cooper Energy establishes $420m loan facility Read More
The importance of an expansive network Read More
“It's all still possible.” Law Awards Finalist Shares Her Unconventional Career Journey.