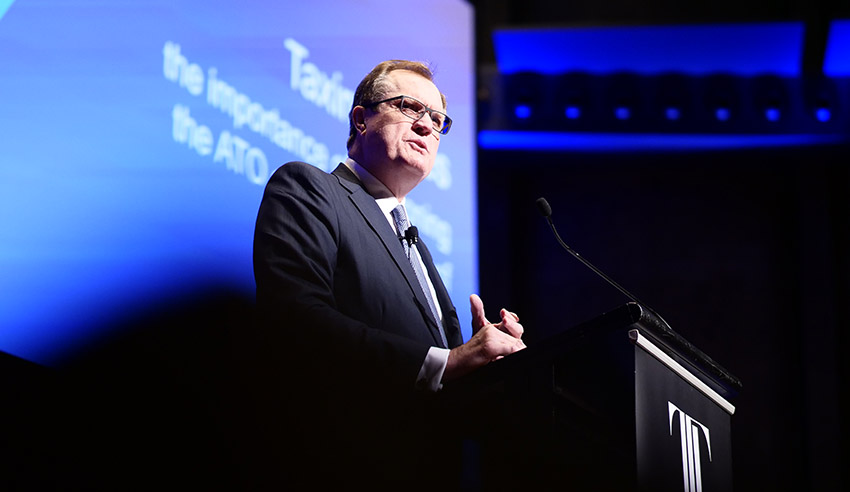 The Australian Taxation Office has promised to crack down on the misuse of legal professional privilege as a means to hold large market taxpayers to account.

In an address to the Tax Institute’s 34th National Convention, held in Hobart this week, Commissioner of Taxation Chris Jordan AO stressed that the ATO is stepping up its focus on holding big players in the market to account.

“We at the ATO are working very hard to hold large market taxpayers to account,” Mr Jordan said.

“With Australia’s 1,500-odd large corporate groups (those with a turnover of $250 million plus) responsible for over $44 billion in tax revenue, it’s not hard to see why the big end of town is on our radar.

“More than just the sheer dollar value, though, there is a need to focus on these groups because of the influence they have on our other markets.”

A core focus on holding these parties to account, Mr Jordon noted, is cracking down on the misuse of legal professional privilege.

“Don’t misunderstand me – we’re not opposed to legal professional privilege as a concept. We want taxpayers to be able to get the right and proper legal advice,” he said.

“But when lawyers are claiming privilege on thousands or tens of thousands of documents – and we have seen this – we start to wonder if it’s a genuine claim or an effort to conceal a contrived tax arrangement.

“It all comes back to fairness – are you using legal professional privilege because you have a genuine need, or as a way to cheat the system?

“We’ll be taking a tougher stance in the future.”

In conclusion, the Commissioner said the ATO will continue its focus on being the “trusted regulator” by ensuring Australian citizens are treated fairly when it comes to taxation matters.

“I firmly believe the system should serve the many – the good, the earnest and the hardworking, the compliant citizens who abide by the law and deserve to have its institutions live up to the standards they themselves have set by their goodness and hard work,” Mr Jordan said.

“I will continue to promote an ATO that can be the trusted regulator we need, that makes the tax system fairer, simpler, better for everyone.

“For those who are antagonistic towards us, and our reform program, who do not want to pay their share of tax, who see the ATO as something of an enemy, I believe community sentiment is against you and will increasingly become more so.

“I’m looking forward to working with the members of the Tax Institute to continue on this mission, so fundamental to a tax administration that people can have trust and confidence in.”