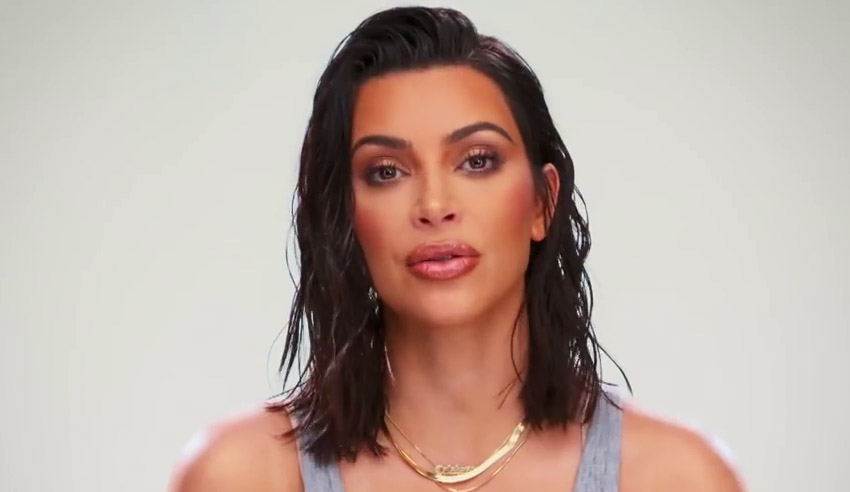 Have you been keeping up? Kim Kardashian is becoming a lawyer, write Nicholas van Hattem, Georgia Kyros and Lauren Wright.

Whatever you think of her, Kim K has created an empire from reality TV, risqué outfits and social media. She’s known for breaking the internet, but this next move might disrupt something else.

She announced her decision in an interview with Vogue, pointing to her recent lobbying efforts for Alice Marie Johnson, a non-violent offender now released from custody.

“I’m sitting in the Roosevelt Room with, like, a judge who had sentenced criminals and a lot of really powerful people and I just sat there, like, ‘Oh, shit. I need to know more’.”

Not having finished college, Kardashian is reading the law under the tutelage of lawyers in California with the intention to sit the bar examinations in 2022.

Some comments on social media have ridiculed Kardashian and said she should go back to university, but when we spoke to other lawyers, the tone was more encouraging for her.

Clare Lakewood, a WA lawyer now practising in San Francisco, is optimistic and supportive of Kardashian’s ambitions. She compared Kardashian’s approach to that of Chief Justice Susan Kiefel.

Kiefel’s career is one for the ages. After leaving school at the end of Year 10 to work as a secretary, the lawyer she was working for encouraging her to read the law. She became Queensland’s first female Queen’s Counsel, then a judge in the early 1990s and now sits at the top of the judiciary as the Chief Justice of Australia.

We’re not saying that Kardashian will follow that gloried path, but we should not diminish career or education choices because they are not the norm.

In a recent social media post, Kardashian said that “it’s never too late to follow your dreams”. Ms Kardashian is not alone when it comes to entering the law later in life or breaking the mould of the traditional law student.

Studying law has never been so popular, and there are various entry pathways open to prospective students from all backgrounds. There are currently 30,000 law students in Australia, a growing number of them are mature age students like Kardashian.

Another unlikely mature-age law student who has prospered is Debbie Kilroy. Ms Kilroy was imprisoned for drug trafficking in 1989 for six years, stabbed during her time in prison and witnessed the murder of her best friend in custody.

After her release, Ms Kilroy founded the charity “Sisters Inside”, an advocacy service available to women in prison and received a Medal of the Order of Australia for this work. Ms Kilroy went on to study law. In 2007, she was admitted as a lawyer, becoming the only convicted drug trafficker to be admitted as a lawyer in Australia. Ms Kilroy now runs her own law firm in addition to her charity and is one of Queensland’s most prominent and respected criminal lawyers.

Stories like Kim’s, Debbie’s and Chief Justice Kiefel’s are indicative of the changing face of the law. Slowly, lawyers are becoming more representative of the communities they serve.

Social media shows us one side of the reaction, but we have seen many positive reactions from Kardashian’s scholarly pursuits from voices within the Australian legal profession. Gemma Nugent, a senior lawyer from Sound Legal, said, “Whatever her faults, she’s worshipped by teenage girls everywhere; how awesome for them to observe her doing this”.

We agree, and we welcome the prospect of a new learned friend joining us and wish her luck in the difficult bar exams.

We hope that keeping up with Kardashian’s career change might inspire others who have also dreamt of a different life, including becoming lawyers.