Should lawyers make compromises for the Red Mass? 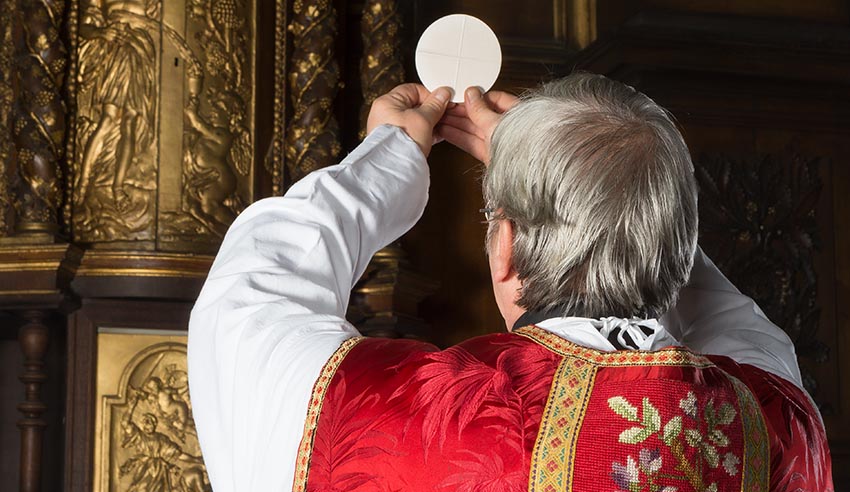 Should lawyers and the judiciary be allowed to continue their century-long tradition or do lawyers need to compromise under the weight of intense scrutiny? Lawyers Weekly reflects on comments from the Victorian Bar Association.

In light of the recent protests against lawyers attending the Catholic Church’s Red Mass gathering, there has been much debate on the responsibility of lawyers to act in these conflicted circumstances.

Protesters gathered last week in front of St Patrick’s Cathedral in Melbourne to demand lawyers and judges not attend anymore in light of the current appeal of Cardinal George Pell.

The Archdiocese of Melbourne hosted its annual "Red Mass". The Victorian Bar Association had promoted the event.

Commenting on the event to Lawyers Weekly, The Victorian Bar Association said: “As has been a tradition for many decades, the opening of the legal year is celebrated by members of the legal profession at events held around the State including at a number of places of worship. Attendance is voluntary and ceremonial.”

Many senior judges and lawyers were in attendance and after the traditional service and blessings, the judiciary, members of the legal profession, staff and their families were invited to join Archbishop Peter Comensoli to stay for morning tea in the presbytery.

Protesters have called for lawyers and judges to not attend anymore and wanted lawyers to be aware of the message they are sending to the community by attending.

Child sexual abuse survivors’ advocate Chrissie Foster was one of the many people involved in the silent protest outside.

On the day, she was holding a sign that read “crime scene”, in reference to the venue, St Patrick's Cathedral, where convicted Cardinal Pell abused two choirboys in 1996.

Previously, Ms Foster had asked the legal professional to stay away in an article she wrote in The Australian.

“Does the Catholic hierarchy hold a Red Mass for housewives? Or apprentices? Or unmarried mothers? Or students? Or doctors?” she wrote. “Perhaps judges, magistrates, tribunal members, judicial registrars, court officials and barristers should reconsider attending this event.”

“Instead, consider the thousands of Australian children caught in the clergy machine a tag team of offenders with friends in high places, such as archbishops, to protect them.”

Ms Foster’s daughters were victims of Father Kevin O’Donnell, who was known within the church to be an abuser as early as the 1950s. This incident was a major devastation to the Foster family, with one daughter confined to a wheelchair and the other tragically taking her own life. Her husband Anthony Foster, compounded by the tragedy, had passed away in 2018 by head injury after a heart attack.

Protesters also pointed out the host of the Red Mass, Archbishop Comensoli, last year spoke out against changes to mandatory reporting laws that took away priests’ exemptions on religious grounds.

A spokesperson for Archbishop Comensoli said the Red Mass was a public event that anyone could attend and that both the legal fraternity and those supporting and representing survivors can attend.

Meanwhile, senior lawyer and commentator David Whiting, who spoke to the ABC, said the tradition was a “positive thing”.

“My view is that the Catholic Church has stuffed up badly on a lot of levels,” he said.

“It has hidden priests who have done horrible things. It’s been, in my view, terribly slowly brought to account, but it doesn’t mean that it has no value.”

Mr Whiting said it was up to the judgement of individuals whether they should attend the Red Mass.

“If you are a judge, or a magistrate or you hold a position in the law, and you think that going to a service like that indicates that you are showing a bias or it’s inappropriate for you to attend, then you simply don’t attend,” he said.

Much debate has stirred recently both on the role lawyers play and if it is a conflict of interest to attend such events in these circumstances.

Lawyers have every right to attend the Red Mass, a tradition that extends back to the 13th century. But does that send a terrible message to victims and survivors of child sex abuse?

“I’ve largely chosen my line of work based on a desire to uphold the principles of workplace justice that Leo XIII wrote of in Rerum Novarum. I’d like to think that this is something more than a “corruption”, one Twitter user commented.

“It’s a [700-year-old] tradition’ of the church ..... nearly as old as the tradition of sodomising children. The Red Mass is a COI. The judiciary and the church should be separate,” another Twitter user said.

There are also questions raised regarding the state and judiciary and how it interacts together. With so much history between the role of religion, law and the judiciary many see these two ancient institutions strongly intertwined together.

Most importantly, should lawyers continue to attend knowing all these circumstances and how it could affect the legal community and profession in general?

Should lawyers make compromises for the Red Mass?