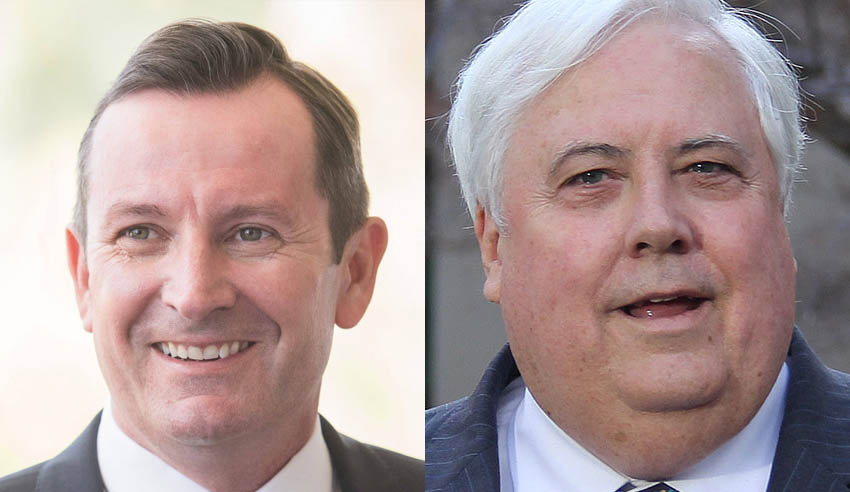 The WA Law Society has criticised the legislation rushed through Parliament last week aimed at blocking out a legal claim against the state government by Queensland billionaire Clive Palmer.

The Law Society of Western Australia said that the McGowan Parliament has passed a law which challenges fundamental legal principles.

“The law unilaterally amended a state agreement for the first time in some 60 years. It exempted the [state] from defined liabilities, removed potential appeal and review rights and excluded principles of natural justice,” the Law Society stated.

“The law also excluded the Freedom of Information Act, which ordinarily allows media and the public greater transparency into government action and the capacity for informed scrutiny.”

The society said it wasn’t clear why that exclusion was necessary, or how that “exclusion will serve the public interest.”

The bill is designed to block Mr Palmer from claiming up to $30 billion in damages from the state.

The Law Society added that more fundamentally, the new law affects a principle on which the system of law is based.

“Citizens acquiesce to be governed by the [state] on the basis the [state] will govern according to the rule of law,” the Law Society stated.

“The rule of law comprises a series of concepts, but most fundamentally: all people, whatever their status, are subject to the ordinary law of the land. Departure from that principle has the capacity to affect the foundation of our democracy.

“The new law is unprecedented and extreme. Its terms, particularly those which limit the public’s access to information, require close scrutiny and further justification.”

Mr Palmer secured orders in the Queensland Supreme Court to have the arbitration awards formally registered shortly before the bill was signed into law.

But lawyers for the West Australian government will push to have ­orders obtained by Mr Palmer in his multibillion-dollar legal claims against the state revoked at an urgent hearing in Brisbane’s Supreme Court.

Justice Glenn Martin has adjourned the hearing until 10 September.

The validity of the orders will be important to the future of what is likely to be a long-­running legal battle between WA and the Queensland billionaire over his plans for his Balmoral South iron ore deposit in the Pilbara.

Premier Mark McGowan has defended the legislation arguing the claims could bankrupt the state, close schools and services, and take police officers off the street.

“It’s a free country, people can write what they want,” Mr McGowan said.

“If Mr Palmer was to take us for $30 billion, then they’d no doubt write columns saying why did I allow that to happen.”