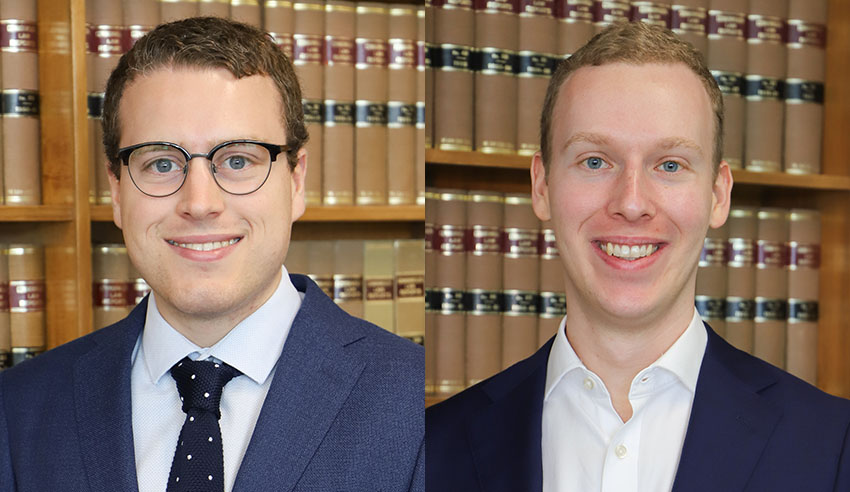 Australian Law Reform Commission lawyers have poked fun at the almost 20-year-old Corporations Act in a light-hearted script that tells the story of discontented parents as they implore their “son” to finally grow up, slim down and get tech-savvy.

Father: Corporations Act 2001 (Cth), could you come here, please? Your mother and I would like to speak to you.

In a script created by Australian Law Reform Commission’s (ALRC) senior legal officer, William Isdale, and legal officer Nicholas Simoes da Silva, the “parents” of the maturing Corporations Act have called him into the room for a witty talking-to about his complete lack of coherency, his overwhelming length and his constant, needless modifications.

The dialogue starts with the parents telling the act that they are “proud” of him as they reflect on some of his better achievements—nationally consistent regulations of simple company law, financial markets, and products and services—but quickly turns it into a word of warning: “We are concerned about you. You need to grow up.”

Mother: Your father and I remember when you were just 1,866 pages long. You’ve grown a lot since then, but don’t you think you should slow down a bit? You’ve been really bulking up. You’re now over 3,700 pages long and that doesn’t even include your regulations and other legislative instruments!

Father: I can barely get my arms around your primary provisions without opening six PDFs on the Federal Registrar of Legislation! Your brother, the ASIC Act 2001 (Cth), only puts on 232 pages in the same time period. And your sister, the National Consumer Credit Protection Act 2009, has only grown by 273 pages.

The dialogue was created in response to research that is currently underway by ARLC, following Attorney-General Christian Porter’s referral for an inquiry and report on what changes, if any, need to be made to the Corporations Act and the Regulation to ensure that it is simplified, coherent and restructured for legislative frameworks.

The script gets into some of the more common criticisms against the act, including the convoluted legislative instruments involved. The father claimed he found “over 366” in the act’s “room” and a further “box of thousands of individual relief instruments”. None of the hidden contents were able to be found on the Federal Registrar of Legislation.

The mother adds that she could “barely understand them”, with many written as simply “notional” legislative provisions that “obscured their actual effect”. When the act begins to argue, the parents then bring up that they are concerned the act may be “addicted” to legislation and other instruments as a means of “covering up” his contents.

Father: We’re worried you might be addicted to legislative and other instruments. You can’t just keep putting an instrument on the parts of yourself that you don’t like. We barely recognise the boy we raised! Just last year, an ASIC legislative instrument ‘modified’ you so that your Australian Financial Services licence regime would apply in a significantly different way to foreign financial services providers.

Mother: We don’t think you need all these instruments, honey. Don’t you think you should be able to stand on your own two feet and let the nice people at ASIC get on with their other important work?

When the act claims that his parents “don’t understand”, the mother criticises the act’s complexity and its tendency to refer to phrases like “simple corporate bonds depository nominee” when there’s “nothing simple about it!”. In much the same way a father might talk down to a young teen, he then warns the act that it might be using “all the elaborate language” because he thinks it’s cool but that a mark of maturity means being clearer.

At this point in the script, the Corporations Act lashes out to tell his parents that they’re being unfair and that he has been a “huge success”. He pointed to millions of different Australian companies that have registered and the tens of thousands of licensees and representatives, “while also punishing bad guys” and backing economic success.

The script also takes aim at the act’s lack of machine readability and its requirements that directors execute documents on a single, hard copy and conduct meetings offline. Although it concedes that some digital modifications were made in 2020, it will only be in effect for a short time to “deal with the effects of the coronavirus pandemic”.

Father: The truth is, son, that people are starting to say unkind things about you. Your uncle Hayne said that you’ve been “piling exception upon exception” and “carving out special rules for special interests”. And Justice [Steven] Rares said you were starting to look a bit like “legislative porridge”.

The parents finish up by suggesting the act “took a good hard look” at definitions and consider consolidating them, using them consistently and making them clearer. They also said it’s time for the act to consider its legislative design—how it’s using various regulations and instruments and how they can be made more accessible.

Corporations Act: OK, Mum and Dad. I’ll have a think about it. I feel a bit bruised, but I know you’re just trying to help me.

Mother: Perhaps you should talk to the ALRC, son? I hear they’ve got some ideas…