Home>
BigLaw>
Science-backed strategies to foster inclusivity in your team

Science-backed strategies to foster inclusivity in your team 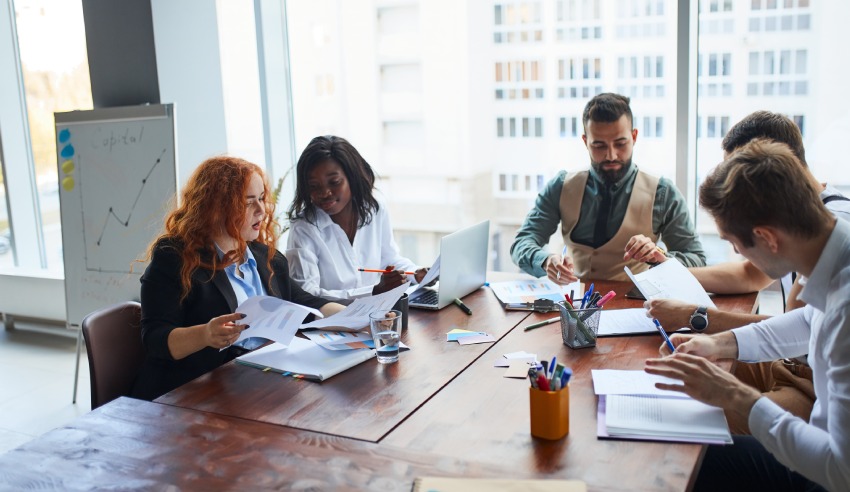 If you are leading a remote or hybrid team, chances are that you have become more aware of the need to foster connection and inclusivity within your team. As meetings are held virtually, decisions are made offline and months pass between physically seeing your team members, feelings of exclusion and isolation can grow over time, writes Charlotte Rush.

So, what can we learn from research and practices in diversity and inclusion to help the people in our teams feel more included?

According to the literature, inclusion is a balance of two specific needs – belongingness and uniqueness.

Psychologist Marilynn B. Brewer highlights that all humans desire to feel a sense of validation and similarity to others, whilst also needing uniqueness and individuation. Building inclusivity in your team hinges on satisfying both of these needs for your team members. Here are three strategies to help achieve this:

1. Move from ‘tolerance’ to ‘acceptance’

We all understand the need to stamp out discrimination against minority groups at work.

However, in the absence of discrimination, are you tolerating the diversity in your team members or actively accepting that diversity? Recent research highlights that the experience of being “tolerated” (compared to “accepted”) leads to lower wellbeing among ethnic minority groups.

An example of “tolerating” a difference is, in the context of Casual Fridays, disapproving of a person wearing a T-shirt with symbols that reflect their ethnic group but allowing it to be worn due to “freedom of expression”. In contrast, accepting would involve actively complimenting that person on their T-shirt and expressing curiosity to learn more.

When we actively accept people for their differences, we demonstrate not only that they are unique but also, that they belong.

Spotify demonstrates its proactive acceptance of diversity across the organisation by allowing employees to “swap” public holidays for days off that align with their observations and beliefs. This is fitting given they have over 90 nationalities within their Sweden and US offices alone.

With this in mind, what differences are you just “tolerating” in your team? How can you move from polite “tolerance” to active “acceptance”?

Since the murder of George Floyd in May 2020, there has been a spike in people searching for information about “allyship”. According to the NeuroLeadership Institute, allyship is “when someone is aware of and uses one’s advantaged position in a specific domain, to advocate for people in less advantaged positions.” Microsoft is just one organisation that has committed to a global allyship program that commenced in 2019.

As a leader, being an ally means using your positional authority or status to advocate for your team members. For example, during meetings, calling on people who haven’t shared a contribution or whose expertise has been overlooked. Or, speaking up immediately if you witness someone being discriminatory, as opposed to expressing sympathy to the victim after the event has occurred.

Role-modelling these ally behaviours to your team and encouraging them to also “lead” as an ally is an important behaviour to demonstrate to your team that you value diversity and inclusion.

Individuals who experience a high degree of belongingness see themselves as being treated as an insider in their work group. According to social scientist Michàlle E. Mor Barak, one way to foster this is by having the ability to participate in the decision-making process in a team.

As leaders, we are tasked with making decisions multiple times a day. By identifying which decisions are low risk, you can outsource those decisions to team members, saving yourself time and boosting inclusivity as well. For example, Rahul Vohra, founder of Superhuman, does not make any reversible decisions in his role. Jeff Bezos is also an advocate of outsourcing reversible decisions to his teams.

Review the decisions you make regularly, identify those that are low risk, and then outsource them to your team members to allow them to participate in more decision-making.

Fostering inclusivity in your team ultimately comes down to how you make your people feel like an insider with unique value to contribute. By focusing on these strategies to increase belongingness and uniqueness, you can foster more inclusivity regardless of where your team finds themselves physically.

Charlotte Rush is an organisational psychologist and the head of new product development at Inventium, a behavioural science and innovation consultancy.

Science-backed strategies to foster inclusivity in your team