The key to improving cross-cultural engagement 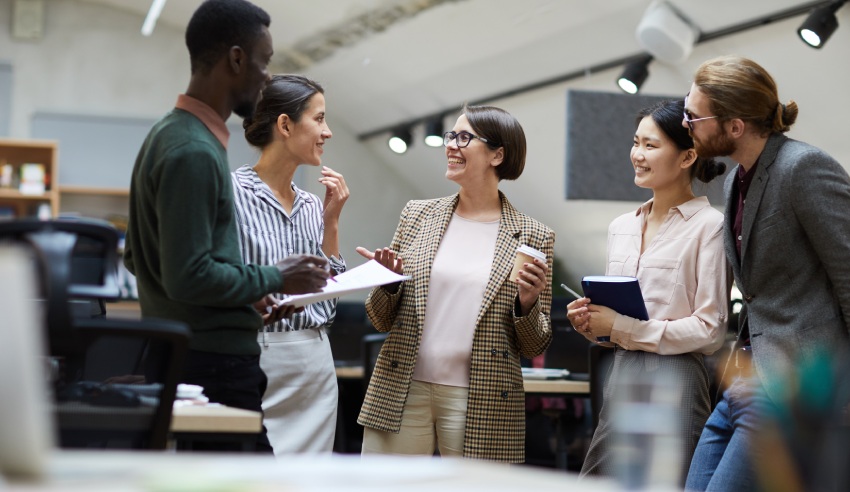 We are living in an increasingly diverse global community. More often, we are being called on to work, learn and teach in situations where there is more than one culture at play, writes Gaiti Rabbani.

Acquiring the knowledge, skills and experience necessary to manoeuvre effectively in multicultural environments is increasingly important. Especially in this time of restricted travel where we reduced to less-than-ideal communication channels; cultivating cross-cultural understanding is key.

Research demonstrates that cultural intelligence may easily be the single greatest difference between thriving in the 21st-century world and becoming obsolete.

Recognising your personal lens on culture

Encountering another culture and respecting and accepting the similarities and differences from our own is a much-valued skill as our vast world shrinks into a global village. We cannot develop this level of empathy without sharpening our own self-awareness and recognising our personal cultural lens.

Our cultural looking glasses are accustomed to our own societal rules and definitions of what is normal and what is not. When someone behaves differently to our own social codes, we can be quick to judge their behaviour as abnormal or even wrong.

Recognising cultural expression as a learned behaviour separate from personality promotes a deeper level of understanding.

Initially, when two people from different cultures come together, they observe the visible features of culture. In some cultures, including Australia, it is a sign of respect to look someone in the eye when they speak to you. It demonstrates active listening and assures the speaker that you are engaged and interested. In return, if the other person holds eye contact it signals confidence in what is being said.

In many Asian cultures, however, it is polite to hold eye contact only briefly – especially in situations where the listener may be of a higher social status. Sporadic meeting of the eyes indicates respect rather than a lack of interest.

We often refer to the iceberg analogy to illustrate the concept of culture. Developed by anthropologist Edward T. Hall in the 1970s, the model showcases the depth and breadth of culture – likening the complexity of culture to an iceberg. You can see the top 10 per cent of an iceberg while 90 per cent of its mass sits below the waterline, out of sight. Culture is much the same; the visible layer is a very thin slice.

Consider a cross-cultural business encounter. If each person relies only on the observable behaviour – in this case, eye contact – it will most likely trigger mutual feelings of mistrust or a question of respect. While different cultural groups may share the same underlying values such as respect and trust, with this example we can see that the expression of these values can differ.

The iceberg model highlights why we cannot judge a new culture purely on what we see.

Instinctively we know there’s more to a situation than we initially perceive. Take a moment to consider what happens when someone’s behaviour goes against your cultural norms. Did you perceive the other person’s behaviour as unacceptable? Disrespectful? Was your perception true? It is essential to take time to uncover the beliefs that underlie the behaviour.

Developing your cultural understanding offers the pathway to navigating confusing situations and making appropriate adjustments to connect with others of different cultures.

Let’s go back to the example of eye contact. There’s a tendency to confuse cultural preferences with personality traits. Could the person holding direct eye contact be perceived as rude and intimidating in Asian culture? Could the person consciously offering a fleeting glance be seen as untruthful or lacking confidence to an Australian?

You don’t need to have an international remit to be faced with culturally complex situations. Australia’s domestic population is one of the most culturally and linguistically diverse in the world. A country of immigrants, Australia’s people come from over 190 nations, and more than 75 per cent of the nation identifies with an ancestry other than Australian.

Our cultural narratives start taking form during childhood, from the multiple layers of culture we experience in society. We learn the norms of the cultures we are exposed to, and these learned ideas become integral to our personal value system. To connect across cultures with people of diverse backgrounds, we first need to understand the values that mould our own lens of the world.

“The question is not what you look at, but what you see.” – Henry David Thoreau

Gaiti Rabbani is the author of Curious about Culture, a book about cultivating cross-cultural understanding. She is a cultural intelligence specialist, an executive advisor people and culture, and founder of Rabbani Collective, a company that enables businesses to harness the potential of their people through custom learning and development programs.

The key to improving cross-cultural engagement