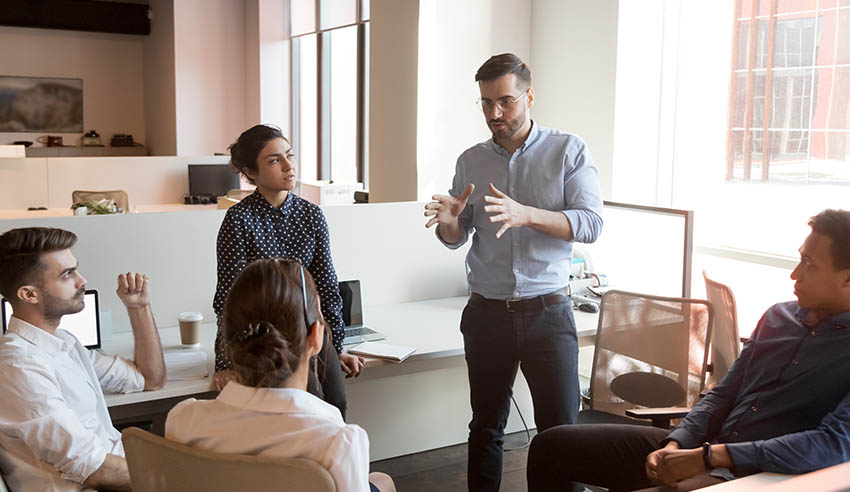 As we entered 2021, there was a sense of excitement that the challenges of 2020 were behind us. However, we soon discovered the reality of the long road out of COVID-19, dashing hopes of quickly reverting to pre-COVID days.

Employees and bosses alike are well and truly over COVID, and research reveals the past 12 months have impacted how we work and working relationships.

A Willis Towers Watson survey found that more than half the respondents saw rising stress and burnout. Additionally, HR software firm Motivosity found that two-thirds of employees surveyed said the pandemic had negatively impacted their working relationship with their boss.

As the year unfolds, keeping employees engaged and rebuilding relationships are crucial. Central to this is examining how your organisation’s culture is helping or hindering this process.

When you enter a new work environment, you quickly learn the accepted way to behave. Behaviour that is off-culture can be shunned and ridiculed. We see this at play in the animal kingdom as well.

In the early 1970s, a primatologist – Hans Kummer – worked in Ethiopia with two baboon species.

When confronted with a threatening male, the females from the two species reacted differently: a Hamadryas baboon placated the male by approaching him, whereas a Savanna baboon would run away to avoid injury.

In his experiment, Mr Kummer took a female from each group and released them into the other tribe. What he found was that initially, the two females carried out their species-typical behaviour. But, the socialisation to the accepted way of behaving was swift; around an hour.

While the workplace is different from the jungle (or so we hope), and we are another species, there’s no doubt that this process of what I term “culturalisation” happens frequently.

As tribal creatures, sadly, we quickly shun people who don’t conform to and adopt the so-called conventional way of behaving. The dominant culture operates to squash or marginalise. However, if you are immersed in the organisation’s culture, you may overlook negative impacts because, for you, it’s just “The way things are done around here”.

Organisational culture is essentially the collective patterns of behaviour of people at work.

One of the world’s leading culture experts, Edgar Schein, defines it as: “Culture is a pattern of shared basic assumptions that was learned by a group as it solved its problems of external adaptation and internal integration, that has worked well enough to be considered valid, and therefore, to be taught to new members as the correct way to perceive, think and feel in relation to those problems”.

Having an effective culture takes times and effort. It starts with identifying the current state and detailing the desired future state. With that knowledge, you can determine the gap and institute the steps needed to secure the optimal team culture.

For example, effective teams have a clear and a shared sense of purpose. Bringing belonging and meaning to the work we do matters, and so paying attention to team connection and engagement is essential.

Culture is built over time, which means the activities implemented need to be continuous and consistent.

As part of team meetings, use reflective practices to identify where and how they have made progress. Also, establish core rituals in the team where team members are encouraged to focus on what they can do for others and share learnings, opportunities and challenges.

Lastly, cultivate an environment where relationships matter. If you’re the leader or team member, devote time to relationships every day. Ring team members and colleagues, and find ways to connect. No matter the role you hold, above all else, make the connections at work meaningful.

Michelle Gibbings is a workplace expert and the author of three books. Her latest book is “Bad Boss: What to do if you work for one, manage one or are one”.