Home>
BigLaw>
What happened to all the COVID-19 insolvencies? 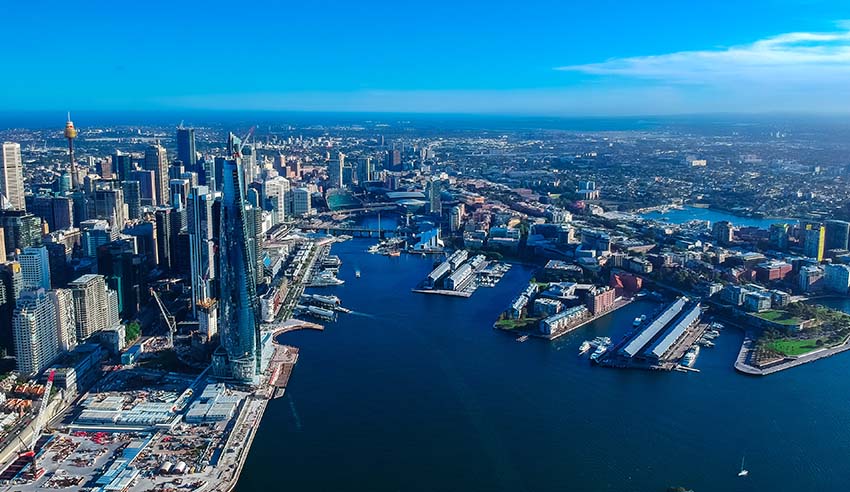 By now, May 2021, Australia was meant to have fallen off the “fiscal cliff” and a “tsunami” or “avalanche” of insolvencies was supposed to have swept over us. It hasn’t happened. So, what’s going on and should you remain alert, writes Keiran Breckenridge.

During 2020, the federal and state governments reacted promptly and strongly to the economic threat posed by the COVID-19 pandemic – the resulting lockdowns, travel restrictions and the like put so much pressure on small to medium enterprises in particular.

By most accounts, measures like JobKeeper, commercial rental waivers and deferrals, commercial/home loan repayment holidays and government-backed low or no-interest loans enabled many businesses to keep their staff and premises intact, and limp through the recession induced by COVID-19.

A low-interest rate environment and the Australian Taxation Office not collecting tax debt also contributed significantly, as did measures that prevented creditors from bringing insolvency and enforcement proceedings against their debtors.

Most pundits in the professions advising on corporate insolvency issues were predicting, however, that once these measures came off, there would be a surge in unemployment, landlords everywhere would be taking back their premises, and the courts would be choked with creditors seeking to wind up their debtors.

While JobKeeper only ended on 28 March 2021, and it may still be too early to assess the impact of that event, many of the other measures ceased on 31 December 2020. By now, we would have expected to see an increase in insolvency appointments – and yet, it hasn’t really emerged.

In fact, as reported by Treasurer Josh Frydenberg as recently as 3 May 2021, insolvency appointments remain at only 40 per cent of pre-COVID-19 levels. Anecdotally, insolvency practitioners are reporting that, while the level of inquiries to them is increasing, there has not been a marked increase in them being appointed to companies.

Australia’s continued success in managing the COVID-19 pandemic (touch wood!) and the global roll-out of vaccines have generated sufficient consumer and business confidence in Australia to push the economy out of recession towards business as usual. But are we out of the woods yet?

Trade credit insurers like Atradius are still predicting a 26 per cent increase in insolvencies globally in 2021.

Australia may well play catch-up from 2020 to 2021, as there will be many companies that would have ended up in insolvency in 2020 in the normal course but then found themselves propped up by JobKeeper, rental relief, temporary adjustments to insolvency laws and massive fiscal support.

These are the “zombie” companies mentioned so often in the media. They will simply not survive in a business-as-usual environment.

Secondly, a number of industries in Australia have not yet recovered from 2020 and will be carrying the legacy of the downturn in their finances. They were able to “kick the can down the road” until now – for example, the hospitality and tourism industries, and the businesses dependent on those industries.

Will they lay off staff with JobKeeper now gone? Did the owners of those businesses borrow further to get by, diminishing equity in their personal assets to guarantee the extra debt? Can they now repay the extra debt? Will their other creditors remain patient with them? Will the ATO ramp up its debt recovery actions? Can they afford their normal rent plus the rent deferred from 2020? Will banks wind back their repayment holidays?

Businesses in these and other industries have so many questions to consider. Problematically, many will keep their heads in the sand until it is too late.

Thirdly, there has to be a reckoning at some point. Global and Australian GDP sunk in 2020 – Equifax reports a 7 per cent decline in Australia’s GDP through the June 2020 quarter, which it says is far greater than what occurred during the global financial crisis in 2008.

Then, Australia was supported by China’s growth, the Rudd stimulus to the construction sector and through interest rate cuts. As Equifax reports, corporate insolvencies still increased by 30 per cent at that time.

We’re in a trade/diplomatic dispute with China now and there is little scope for interest rate cuts to provide a stimulatory effect. It’s little surprise the federal government expects to keep spending over the coming years. One would think the music will stop for many companies soon.

There is also the danger of a domino effect once the “zombie” companies begin to fall.

Those companies will typically have been holding off their creditors for month after month during the last six months. When the zombies fall, many of their creditors will then struggle and potentially fall as well. Their employees will be laid off, their landlords and suppliers will not get paid, their customers’ projects will remain unfinished, and so on and so forth.

Many Australian companies are importers and/or exporters and will be exposed to economic frailties and supply-chain delays emanating from overseas.

In anticipation of companies facing increased financial distress, particularly small businesses, the federal government has put in place insolvency reforms. These provide a small business debt restructuring mechanism and simplified liquidation process for companies with liabilities of less than $1 million.

The take-up of these reforms in 2021 by companies and their advisers has been negligible so far, and many insolvency professionals have doubts about the utility of the reforms. The government is beginning to consult on additional reforms.

If there is going to be a reckoning, it is likely to be in the second half of 2021.

By that time, the impact of support measures will be at an end and creditors’ patience over unpaid debts will be wearing thin. When that time comes, commercial disputes and corporate law professionals, and their broad restructuring, insolvency, finance and real estate networks, will be imperative in providing creative solutions for company directors to get in front of any issues and prevent any knock-on effect to their businesses.