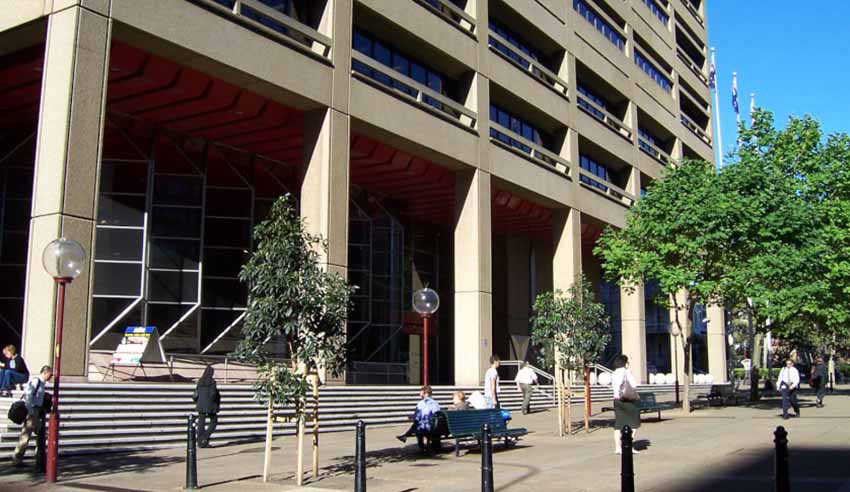 A solicitor has been ordered to pay over $480,000 after the Supreme Court found he had misappropriated funds belonging to the firm’s partnership for personal use, used another partner’s untimely death to garnishee the trust account and had carried out work for an elderly client without a costs agreement and without her knowledge.

The sons and the executor of late managing partner Harry Freedman have succeeded in seeking relief of funds misappropriated by solicitor Victor Berger that belonged to the partnership, including money from a sale of an office premises, fees collected from clients after dissolution of the firm and the use of a partnership monetary points system for personal purchase of a property and a salary to his wife.

The NSW Supreme Court said the “seeds of destruction were sown in early 2005” amid the partners behind the firm Milne Berger & Freedman when Mr Berger began working on a will for an elderly client. It reached breaking point in 2011 with the disclosure that Mr Berger had recorded work in progress (WIP) and disbursements for the client without making a costs disclosure or entering into a costs agreement.

While Mr Berger acknowledged that the client was under the belief she was not being charged after the original $2,000 for the drafting of her will, “Mr Berger refused his partners’ request that he meet with her and regularise the matters”. He said he was worried that if he told the client, she would withdraw her instructions.

Despite entering a “reluctant agreement” to write off all WIP in the matter – under threat of termination of his partnership – Mr Berger continued to record time on the client’s matter, but may have been done in the knowledge of her family. Eventually, and  the fees recorded reached approximately $175,000. Then in October 2012 in the months before her death, Mr Berger rendered an invoice to the client’s family for $706,800.95.

“Mr Berger directed that the fees be paid to himself rather than to the firm as he did not want Mr Freedman to know about it,” the Supreme Court judgement noted. “Mr Berger had no doubt his partners would tell him he was not entitled to the money.”

In December 2012 and still unaware of these events, the partners agreed to terminate the partnership, bill their files, recover fees, and deposit them into a partnership bank account for payment of creditors. As preparations for this continued, Mr Berger continued to transfer monies from the client’s trust account.

This was detected by auditors in April 2013, bringing the $706,800 invoice billed to the family to light. In an attempt to restrain the auditor from continuing to analyse the transactions, Mr Berger quickly commenced proceedings against him.

Law Society investigations began, and Mr Berger’s practising certificate was suspended and later struck off based on the evidence of two partners. No client had claimed misappropriation or that money was unaccounted for.

At the same time, the partnership was terminated, and the office premises was sold, with Mr Berger taking charge of the conveyancing. Despite Mr Freedman owning half of the property, Mr Berger kept his shares of the deposit and deducted an amount from Mr Freedman’s share of the net proceeds of the sale. Mr Berger claimed to keep the money to “protect himself”, he submitted to the court.

After the proceedings commenced against the auditor, and without knowledge or consent from the partners, Mr Berger applied for the costs in the client’s matter to be assessed. As he was also the executor of her estate, it made him the respondent and he appeared on both sides. In this position, he made no objection to the costs on behalf of the estate and the costs assessor allowed the costs in full.

Mr Berger submitted he did not think this was a position of conflict, commenting that he “personally didn’t comprehend what I should have done different” and that while he was “truthfully trying to understand the concept… I’m just struggling”.

Following Mr Freedman’s death, Mr Berger registered the certificate of determination of costs in the client’s matter in the District Court of NSW and garnisheed the trust account and deposited those funds into a bank account not associated with the firm. This was also done without the knowledge or consent of the other partners.

In his affidavit, Mr Berger did not make any reference to the fact that an order had been made in the Supreme Court that fees recovered by the partners after the dissolution of the firm were to be placed into a partnership account. He also failed to mention that distribution of the funds was the subject of these proceedings.

“Ironically, he used the funds to pay his legal costs of the disciplinary proceedings brought against him in relation to the elderly client’s matter,” the court submitted.

Contrary to the partnership agreement, Mr Berger kept more than $500,000 in fees collected from clients of the firm. He also used the partnership’s account to pay a deposit on a personal property and paid his wife’s salary of 11 years without Mr Freedman’s consent. On the latter, Mr Berger said his wife “did things from time to time”, but the Supreme Court made it clear she was never an employee of the firm.

The personal purchase of the property was made using a “Bartercard” account operated by the firm. It allowed partners to earn or be paid points in accordance with a Bartercard system, and from time to time was used by clients. In January 2009, Mr Berger transferred the points into money for the purchase of the Sydney property.

The Supreme Court noted that Mr Berger’s evidence was sometimes incoherent, “interspersed with insulting and acerbic remarks”. The court said that he was often argumentative, prone to speeches and offered “self-serving comments where possible”. He also offered improbable explanations when questioned.

“Mr Berger blamed any errors or inconsistencies on others, including his secretary. I should say that Mr Berger’s demeanour improved on the morning of day three of the trial, when he made reasonable concessions, although his explanations remained difficult to accept,” the Supreme Court judgement explained of his conduct, before adding: “This did not last beyond the morning tea adjournment.”

The court also criticised Mr Berger for being an “evasive and elusive witness” who had led the plaintiff’s counsel in a “merry dance”. He was “immune from criticism” and would “say whatever he thought would assist him, without regard to its truth”.

The plaintiffs have also been directed to provide calculations of the interest payable on amounts ordered to be paid by Mr Berger. He will have to pay the plaintiff’s costs of the proceeding and could await further affidavits and submissions.

The entire judgement can be accessed on AustLII: Rodney Naumburger in his capacity as Executor of the Estate of the late Harry Norman Freedman v Victor Berger [2021] NSWSC 903 (28 July 2021).

Author's note: The article has been amended to clarify that the billing of the client may have been done in the knowledge of her family, that they were invoiced in the months before her death (rather than after her death) and that she died in October 2012, not June 2012. Further clarification that the client's son assisted in the sale of her property has also been added.

Last Updated: 30 July 2021 Published: 30 July 2021
The Women in Law Awards is the benchmark for excellence, recognising the empowering women influencing the Australian legal profession, celebrating the female leaders, role models and future champions of the industry. Register for the waitlist today for the opportunity to attend this remarkable awards ceremony and network with top legal professionals and fellow peers.
Visit womeninlaw.com.au