‘There will be more fallout from the big firms’: The rise of solo practitioners and firm mergers 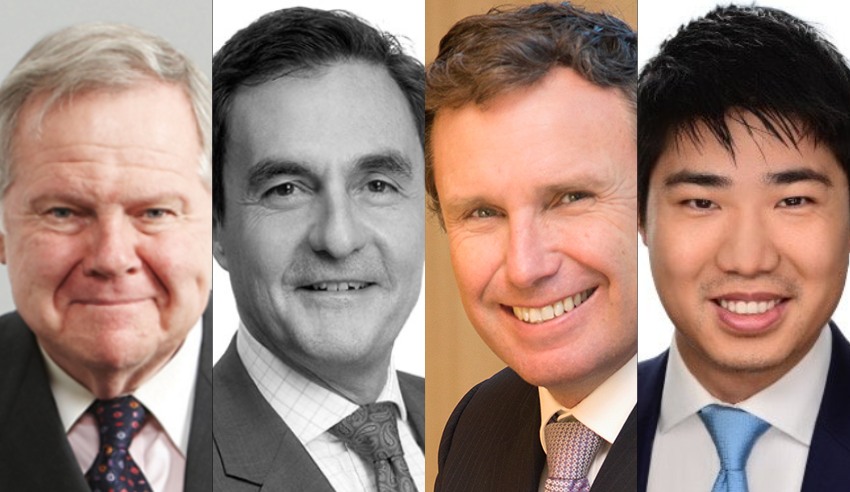 With the number of private practices declining over recent years as the number of sole practitioners rises, where does the future of the profession lie?

Following the release of the fifth annual National Profile of Solicitors report, Lawyers Weekly spoke to four legal executives about the amount of firms merging in recent years, the rise of solo practitioners and the decrease in the number of private practices since 2018.

Dr George Beaton, executive chairman at beaton consulting and chair of the Program Board: Master in Legal Business at the College of Law, said that both in the B2B and B2C sectors, “no one really knows the extent of the demand for legal services”

“A few years ago, studies in the UK and Australia suggested as little as 15 per cent of the demand for services of a B2C legal nature was being addressed by solicitors. The balance was met by advice from family and friends, by accountants to some extent or left unattended to,” he explained.

“But with the number of registered solicitors steadily rising by 45 per cent in the last decade, one would expect an increase in the number of practices.”

However, the number of private practices has only decreased in the last two years. According to the report, there were 16,393 private law practices in Australia as at October 2020, down from 16,435 in 2018.

“While there’s no data available, it’s reasonable to say that a minor explanation for the lack of growth is the merging of firms. Numerically, this is most frequent amongst the firms with two to 20 partners/principals; these constitute about 12 per cent of Australia’s practices,” Dr Beaton added.

Brett Hearnden, managing partner at Hunt & Hunt, said he was “sure that mergers have played a role” in the decreasing number of private practices in recent years.

“What usually drives mergers is economics or the need to service existing clients with a wider range of expertise. I see it as cyclical,” he said.

“Firms merge and then some lawyers leave because they didn't like the new culture or because they were pushed out. When that happens, they often start up small practices and the cycle is complete.”

Last October, Hunt & Hunt merged with Capello Rowe, in a move which Mr Hearnden said strengthened Hunt & Hunt's regional offering and benefited both firms in many other ways.

“We gained some skills, we strengthened another, and we grew our agribusiness client base significantly. The merger has also complemented our focus on diversity and intergenerational change and I think has refreshed the firm for the longer term.

“Regional NSW has highly competent professionals and some really interesting and dynamic clients. Many city lawyers have taken sea or tree changes but still want to practice. We all know practising during COVID has demonstrated we can work remotely so we have no trouble providing our regional clients with expertise from our two Sydney offices, whilst the Riverina team is providing assistance to the Sydney teams when needed,” he said.

“The benefit of merging with a smaller firm is that you really get to know who is joining you, you have had the chance to see their commitment to a successful operation, and the opportunities that will come with the merger. Once committed, you can focus on welcoming those people, making them happy, training them and maximising the opportunities. It also allows you to focus on introducing them to your clients so that opportunities can be created.”

Sam Coupland, director at FMRC and principal at Edge International, said that larger firms may choose to merge with smaller firms to achieve “economies of scale”. In March, he also said the appeal of merging with other firms was “higher than ever” – something he additionally spoke about on The Lawyers Weekly Show last year.

“Large firms are attracted to profitable smaller firms because they can achieve economies of scale. By plugging the fees into their existing infrastructure, they can do away with the support staff and non-salary overheads of the smaller firm,” he explained.

“The attraction for the owners of the smaller firm may be to realise the value of their asset or provide a succession solution where none were available internally.”

The rise of sole practitioners

Out of the 16,393 private law practices in the country, sole practitioners made up 82 per cent. In fact, across Australia, there were only 71 law practices with 21 or more principals.

Dr Beaton declared there were two main reasons for this statistic: the growing number of female solicitors and the rise of NewLaw platforms.

“Practising on your own or with a few like-minded others finds favour with many women seeking more flexibility and time to spend with their children than bigger firms allow. Whilst this is changing – and COVID has accelerated the change – it’s clear gender is a big driver of the growth of sole practices,” he clarified.

“Secondly, the rapid rise of NewLaw platforms like Legally Yours and Legal Vision is providing attractive ‘gig working’ conditions for many solicitors of all ages. [Additionally], the impact of automation is limiting the need for or replacing practitioners – including conveyancing and contracts provided by pioneers such as DocuSign, Checkbox, and Plexus.

“The first two of these reasons rely to a considerable extent on those entering the profession being trained for at least a few years in larger firms,” Dr Beaton added.

Mr Coupland added that for many practitioners, starting their own firm offered a lifestyle change as well as a faster path to equity.

“In a lot of instances aspiring partners could not get entry into equity in the firm they were in so set up on their own,” he said.

“[But] overwhelmingly, the majority set up on their own for lifestyle reasons. They can earn a solid income and build their work around their life as opposed to building life around work.”

Zile Yu, managing partner at Quantum Law Group, said he started his own firm in order to be able to innovate not only legal solutions, but also build law practices under an entirely new legal business model and to provide legal offerings and solutions to his clients.

“I have always wanted to and have been focused on creating value for my clients and the community and legal profession at large. I previously served as the head of innovation and special projects at a large national firm where I saw the need for a new model of law firm and how essential it is to innovate the industry for the better, based on my clients' feedback,” he said.

“It was due to this need and inspired by my clients' feedback that I started my own firm to provide affordable, responsive, and high-quality legal services.”

Furthermore, he added that in the last decade, the legal profession has changed and moved beyond traditional scopes of practice. Practitioners are increasingly competing for clients, who are increasingly asking for a better service at a smaller cost.

“In the last decade after the GFC, the legal industry has become increasingly competitive with the increasing number of private practice lawyers moving in-house, the influence of NewLaw and legal technology,” Mr Yu said.

“Traditionally, lawyers have enjoyed hourly rates and high billable hours and a fixed pyramidal structure where partners can charge out juniors at high rates. This traditional method is being stress tested and increasingly found to be lacking still.”

“Boutique and sole-practitioner law firms as a whole will likely continue to rise in presence and popularity, as business and individuals seek out more cost-effective and specialised advice as purchasers of legal services no longer choose a law firm based on the name,” Mr Yu added.

“Being smaller and more agile firms, boutique and sole-practitioner law firms are also more well-placed to move with shifting resources and managing budgets according to the socio-economic climate, especially in the changing world following the GFC and even more so in the pandemic era.”

Despite the demise of traditional legal models, Dr Beaton said that it’s unlikely that the number of private practices in Australia will continue to decrease.

“We know demand exceeds supply and as supply increases, so will the number of firms,” he said.

“Supply is being driven up by new business models and enabling technologies and demand is being pushed up by the greater confidence of consumers in choosing and using lawyers offered by TripAdvisor-style platforms such as FirmChecker.”

Similarly, Mr Hearnden said that it's more likely that bigger firms will lose practitioners who decide to start their own firms or move to smaller firms.

“I think you will find that there will be more fallout from the big firms as people look to practice differently. Sure, some will start in sole or small practices but others will look to firms like ours for an alternative,” he said.

Mr Yu added that as the number of in-house counsels grows, so do client expectations. Additionally, clients are increasingly able to discern value and costs and their habits are entrained by other consumables, like technological products which get better every year and either cost the same or less than a lawyer.

“The rise of offerings and marketing on the internet also means that clients are able to compare and contrast service providers, and switching costs are increasingly lower as clients would engage multiple legal service providers to assess them.

“The legal market is likely to grow with more agile firms providing new legal service offerings, new law businesses, consumer-facing legal technology platforms, and new innovative law firm models that come into the market. Private practice law firms will always have their market share but it is increasingly being eroded by new market entrants,” he said.

“Overall, I anticipate that in the next decade, the legal landscape will be very different to what it is today.”

The Lawyers Weekly Legal Firm of Choice Survey is now open, giving legal professionals the opportunity to confidentially say what areas their firm is responding well to - and where they could improve.

The annual survey, which is partnered by Momentum Intelligence, also forms the basis for the Top 25 Attraction Firms ranking, identifying the firms legal professionals most want to work for. To take part in the survey, click here. The survey will close on 15 September.

‘There will be more fallout from the big firms’: The rise of solo practitioners and firm mergers