Home/
Careers/
A diplomatic path: From Queensland to Kabul

A diplomatic path: From Queensland to Kabul 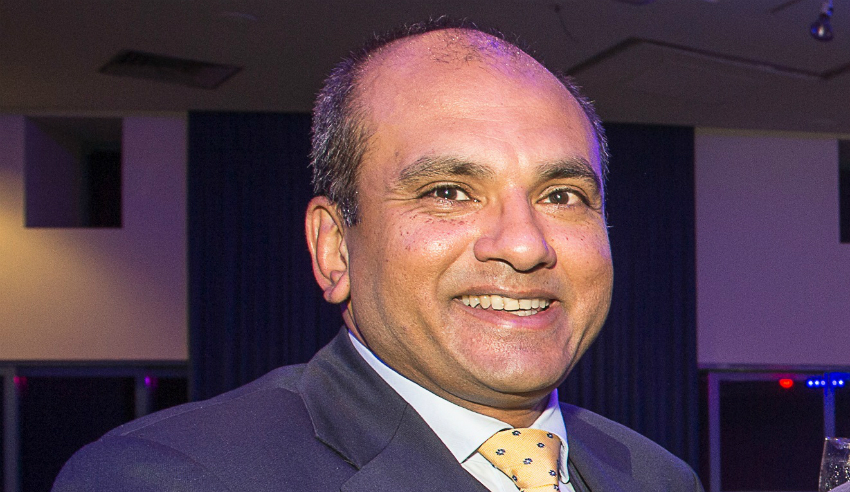 Lawyers Weekly speaks with the First Secretary for the Australian Embassy in Afghanistan and Department of Foreign Affairs and Trade (DFAT) Assistant Director about his journey from law school library to drafting key responses to the Bali bombings.

Rohan Titus (pictured) is a self-effacing and charismatic man, who speaks with a gentle Aussie inflection that is interspersed with a booming laugh. He has just the right mix of diplomatic qualities needed to find a workable solution for the export of livestock between Jordan and Australia, for example, or play a leading role in negotiating the release of an aid worker kidnapped in Afghanistan.

Speaking exclusively with Lawyers Weekly from Bond University, where Mr Titus returned to receive an award for exceptional professional and voluntary achievements, the veteran diplomat (and member of Mensa International) shared how more than 23 years in public service had altered his world perspective.

“What I have discovered is that nothing in the world is ever clear cut,” Mr Titus said.

“The law, which I thought was immutable, is a deeply fungible thing. That’s not a bad thing — it could just be that I’m old,” he laughed.

Perceiving things in many shades of grey, rather than in black and white, has taught Mr Titus the value of subtle gains in efforts achieve just outcomes, he said.

He was more aware of the role that judges played in systems where just outcomes for its citizens were uncommon — this being a departure from the view he held in his younger years, when he preferred black letter law over obiter, and a belief that legislation should be the only way for laws to be created.

“I don’t get to practice law but I am an instrument of law – I am international legal instrument,” Mr Titus said.

“International law is such a fungible, flexible beast. It is un-codified in so many ways; and then it interacts with hard domestic law; then you have conflict of laws issues; and transnational legal issues.”

Counterterrorism is one of the key transnational legal issues Mr Titus deals with in his day-to-day work but that work is incredibly varied, given the diverse interests of Australia. As a public servant of DFAT, his career would transform at least every 2–3 years, he said.

Having worked for DFAT since 1994, when he graduated with a Bachelor of Laws, Mr Titus has been posted to missions in Brunei, India, Jordan, Papua New Guinea and Sri Lanka. He has also achieved headquarters-level experience in Iraq, the Levant, Malaysia, South Africa, Western Europe and Zimbabwe.

To demonstrate the breadth of the work of a diplomat, he described efforts to reform the conditions of transporting live sheep from Australia to Jordan, which involved working within an Islamic law framework to meet an acceptable standard for live export.

“[The Jordanian authorities] issued a fatwa that said you could stun an animal before slaughter — which was unheard of in the Middle East and really progressive,” Mr Titus said.

“I had to adapt Sharia jurisprudence into the implementation of Australia’s animal health and safety regulations; and how they could be reconciled to reach a place where [the agreement] complied with both countries laws.”

He also discussed the ambit of responsibilities that consular work encompassed.

“Consular work often involves appearing for Australians, sometimes attending court as an observer, certainly attending prison or hospital, assisting them by pointing to somebody who can give them legal advice,” Mr Titus said.

“Particularly with transnational trade, law is often about finding commonality. That’s great until something goes horribly wrong and then it’s reconciling the adversarial nature of law,” he added.

Mr Titus drafted DFAT's response to the Senate Inquiry into the Bali Bombing in 2003–2004, when he worked as an intelligence liaison, and coordinated its consular travel advice responses to terrorist threat information.

Later, in 2016, he was a key advisor involved in a negotiation to free an Australian aid worker in Afghanistan, who had been kidnapped at gunpoint and was held hostage for months.

“There is diversity in DFAT that you wouldn’t normally find in the public service but you have to go looking for it,” Mr Titus said.

“You are broadly doing public service work, so there is a commonality to what you are doing but your subject matter changes quite dramatically with the organisation, and also because of the geographic spread of our role,” he said.

From detailed trade negotiations over two lines of tariff codes, which could stretch over 12 months, to being one of a team of three embassy staff based in Brunei, the nature of a diplomat’s work is always intensive. Teams are often under-resourced and working against the clock to achieve high-stake outcomes.

Mr Titus observed that people who worked for DFAT tended to be “busy” kinds of people, so immersive projects suited them. However, he also acknowledged that over the years the department had become better at supporting its staff achieve a better balance between their professional and personal lives.

“I love my job. I chose a career I enjoyed and I am reimbursed for my time. If I didn’t like what I was doing, I wouldn’t be very happy,” he said.

According to Mr Titus, the biggest trap a diplomat can fall into is the thinking that they have to act independent of expert advice, for the sole reason of being overseas.

“The biggest convention of all is we are the agents of the Commonwealth and that convention means that you are acting on behalf of whatever agency is responsible for a particular thing. You are not the expert,” Mr Titus said.

“We have knowledge but not deep expertise. There is usually another agency somewhere or an institution in Australia with the expertise. So we should rely on them and they will give us the solution to the problem,” he said.

For aspiring law students eager to get a shoe-in for the Foreign Service, Mr Titus said that the best thing any graduate could do was choose something they liked to do — then find a way to get paid for it.

“If you don’t like what you’re doing, and if you’re the smartest person in the room, you’re in the wrong room,” Mr Titus said.

“I made the decision to study law, having done three years of dentistry at Sydney University and knowing that I didn’t want to be a dentist.

“Now I get to ride helicopters and I get to wear body armour,” he said, with a wry smile.

Bond University awarded Mr Titus the Robert Stable Medal at a special alumni celebration at the Gold Coast this month.

A diplomatic path: From Queensland to Kabul