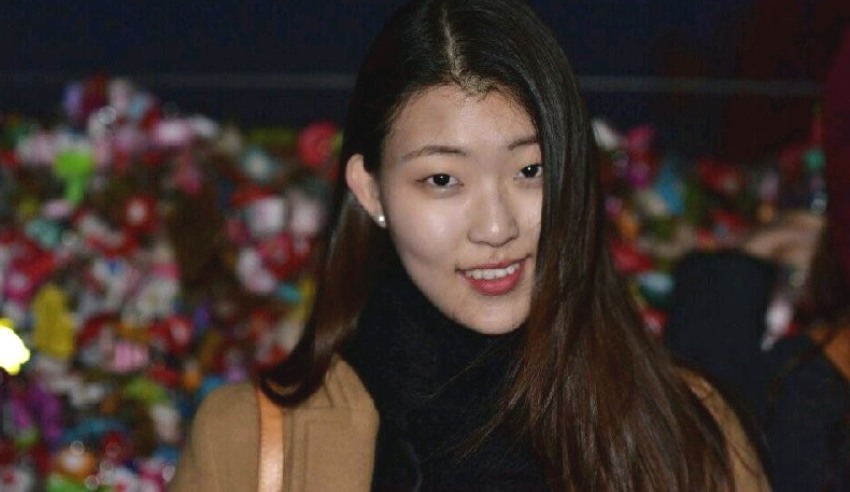 Australia, arguably being one of the most multicultural countries at this day and age, is populated with people from dozens of countries around the globe. Naturally, there are diverse ethnic and cultural groups present in our society, writes Sian Hur.

The buzzing cultural atmosphere at places such as Market Square almost made me immune to the idea, that there is still a lack of diversity in many of the corporate environments.

This was until I walked into my first ever law lecture as a first-year student, when a strange realisation moment occurred.

Quite noticeably, there was not much cultural diversity in the room. Only then was I able to make a trip down memory lane, to when one of my high school teachers told me to reconsider my career decisions because realistically, it was going to be almost impossible to be successful in the legal field as someone of an Asian Australian background.

Don’t be discouraged, but be motivated

When I was first told about the “ugly truth”, as she phrased, I was wounded badly, if nothing more.

My Asian background wasn’t exactly something I thought to consider while trying to make my pathway decisions, on top of the other hundred things that they tell you think about.

At first, I didn’t know what to say. I wasn’t sure whether I was supposed to thank her for providing me with the “non-sugar coated advice” (which was unsolicited advice really) or to be angry about the fact that people were aware of subtle discrimination beneath the surface, but didn’t do anything to change it.

Now, maybe my teacher was just trying to help save me some stress and regret in the future. But possible change will only happen if there is effort being produced to break these barriers rather than simply trying to avoid them.

I wanted to break these stereotypes and make a change for my peers and the upcoming generations. And to be completely honest, it wasn’t easy. It still isn’t. But I wanted to encourage others out there from a similar background, who may be experiencing the same thing to continue their journey and push forward.

So, don’t be discouraged, but be motivated.

Don’t be ashamed. It’s a strength, not a weakness.

With the increasing number of years at university, the competition for obtaining work experience alongside levels of anxiety due to employment prospects have been increasing.

Additionally, getting caught up about being different and thinking about how I was part of the minority in the degree, didn’t help at all.

Initially, I thought it was just me. Yes, maybe, I was “too sensitive” and overly conscious of the fact that I was being viewed through a different coloured lens because of my oriental name in big block letters on the front page of my CV, or my bilingual capabilities listed indicating that I wasn’t “Aussie” under the definition of some employers.

Not to mention the number of times I contemplated whether to remove “Fluent in Korean and English” from my CV so that perhaps the recruiter wouldn’t know what I was. I always made sure that “Australian Citizen” was in the profile section of my resume in bold letters.

Last year was when these thoughts really took a toll on me. Before this, I was always proud to be who I was. I had high self-esteem and did not need others to validate me because I knew best what I was worth.

But the constant stress and professional discussions about career prospects put me in a bad spot. I was unconsciously – but really, consciously – trying to hide who I was. I was purposely describing my cultural skills and achievements vaguely, in the hope that my potential employers missed it.

But I soon realised that without these characteristics that were unique to me, the piece of paper being sent out to companies and firms, were no longer describing who I really am.

In hindsight, I am ashamed that I was ashamed of who I am even for a minute second of my life. Being an Asian Australian is a blessing, and most definitely not something to be embarrassed about.

Naturally, I engaged in various cultural activities and attended events where I could encounter people from different countries around the world, allowing me to become a flexible communicator with people of diverse backgrounds. Not only that, with the increasing international affairs and partnerships between corporations overseas, being able to speak a language other than English fluently, is almost a master key.

I say, be proud of who you are, even though you probably already are.

The time will come

The good news is, the time will come. Changes are happening although slowly.

With many firms claiming diversity, it is in no doubt, great to see such initiatives being taken to address issues present in society. The Pitcher Partners’ ‘2019 Legal Firm Survey’ indicated that there was a significant increase in women taking up graduate roles in Australian law firms.

In my first year, I attended the Women in Law breakfast event where experienced female lawyers shared their inspirational stories. I was pleased that actions were being taken to increase diversity.

But what came to my attention was the deficiency in diversity for culture. Not much cultural diversity was spotted in the room, and no events of a similar kind were provided, or even suggested.

However, there has been a shift in the position.

In short, things are looking better. But I want everyone to note that change can happen quicker with a bit of input and support from everyone. So please, support each other, embrace yourself and enjoy law school.

Sian Hur is a fourth year student studying the bachelor of laws and commerce at the University of Queensland.