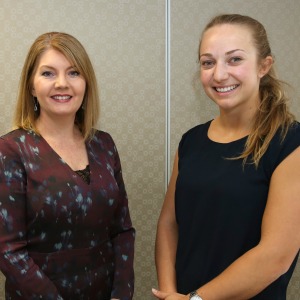 In this episode of The Lawyers Weekly Show, the head of legal, Australia and New Zealand, of Dell Technologies shares insights into the world of in-house.

After a few years in private practice, Kristin Brown knew that she wanted to be more involved the business side of things from start to finish, so she headed in-house.

After working at several companies, including a stint at a telecommunications company in Bahrain in the Middle East, she landed her role at Dell Technologies.

While in-house roles can provide good work-life balance, they aren’t necessarily easier than working in private practice, according to Ms Brown.

However, in-house teams are often more interested in the work that is produced than where or how it’s done, and so are attracting more junior lawyers who expect a flexible work culture.