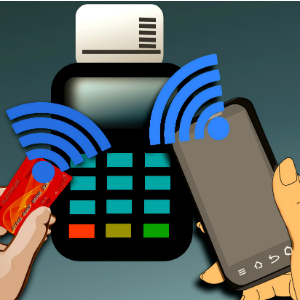 A Cabramatta lawyer has been struck off for professional misconduct, following a determination by the NSW Civil and Administrative Tribunal last month.

Thai Le Huu Nguyen, a Vietnamese refugee who travelled to Australia by boat as a child, has been removed from the roll of practising solicitors in NSW.

A three-member panel heard submissions from the Law Society of NSW that Mr Nguyen had misappropriated client funds between 2013 and 2015. The allegations related to six separate conveyancing matters, involving the purchase and sale of properties.

The law society provided further evidence showing that trust monies received by the firm had been put towards other matters, in which Mr Nguyen was acting on behalf of different clients.

The panel found client money had been “intermingled” with the solicitor’s own and that in one instance Mr Nguyen had failed to account to a client for approximately $18,000.

Citing “multiple breaches” of sections 254 and 255 of the Legal Profession Act 2004, the Civil and Administrative Tribunal found sufficient evidence of professional misconduct on the lawyer’s part.

According to the panel, the nature of Mr Nguyen’s breach and the value of the sums involved justified an order that his name be struck off.

Mr Nguyen represented himself during the tribunal hearing last month, dialling in via telephone from Vietnam. He took the position that as he posed no “danger to the community”, a fine and suspension would be a more suitable reprimand.

The 42-year-old man, who previously ran Peaceful Lawyers in Cabramatta, told the tribunal that he had left Australia for Vietnam in a bid to earn money to refund the outstanding amounts owed to his clients.

Mr Nguyen provided a letter to the tribunal outlining his personal circumstances, the relevant aspects of which were summarised in the judgment.

In the letter, Mr Nguyen spoke of his arrival to Australia as an 11-year-old “unaccompanied refugee minor” during the 1980s. He said that during his early years in the country, he lived in foster care as a ward of the state.

Mr Nguyen told the tribunal that after a year practising as a sole practitioner, things had become “messy”. He went on to express remorse and said that he remained disappointed with himself.

In its summary of Mr Nguyen’s letter, the tribunal said:

“The solicitor admits that his actions were ‘stupid’ and were ‘disgraceful and dishonourable’. He wishes he had not ‘done it’ but at the time there was pressure and personal stress. The solicitor says he was carried away by drinking and gambling, and depression.”

In making its decision, the panel noted that Mr Nguyen had failed to provide evidence by affidavit as directed earlier in the year. It found that trust money had been appropriated and that the common law test for professional misconduct had been met.

Citing the duty of the court to protect the public, the tribunal added it was not persuaded a suspension would prevent the solicitor from “yield[ing] again, was he faced with a similarly busy practice with the requirement to strictly adhere to the provisions of the Legal Profession Act”.

“The solicitor’s name should be removed from the roll … The relevant considerations which dictate this conclusion are the protection of the public, the effect of the order upon the understanding in the profession and our lack of confidence in the solicitor’s ability not to repeat the kind of conduct which has given rise to this application,” it said.

The tribunal added that it recognised Mr Nguyen had overcome significant hurdles in his life.

“His ability to educate himself notwithstanding those difficulties deserves respect and admiration,” the judgment read.